How Ya Doin’ in Yer Parallel Universes?

In the first essay of this blog, I spoke of God’s role in the adventure of incarnation. Now, I want to turn my attention to the human role in this journey.

A fractal is a pattern that repeats at an infinite number of scales. We find them in mathematics (Mandelbrot series), in time cycles both natural (day, month, year, yuga) and invented (second, minute, hour, week), in biology (heart-beat, breath, circadian rhythms), in space (from atoms to galaxies) and in taxonomies of various kinds (physical and metaphysical realities; Hinduism’s seven levels of body.)

As fractals of the divine, then, souls can also play all of the parts, just as Source does.

What if the cosmos is willing and able to spin off as many parallel universes as are necessary in order to afford each soul the opportunity to ‘fill the spacesuit’ of any historical or current character? Think of any person whom you admire, know about or are critical of – from ancient history to the present – in entertainment, sports, politics, science, the arts, literature, law, the military, psychology – and your soul gets parachuted into that body in your new, tailor-made universe.

All of the other characters are playing their ‘original selves’ and all of the external circumstances, background and opportunities are identical to the originals. Now, you get to be the character who can change the dialog and hence the future. Once you arrive and begin to think, speak and act, all of the other characters will respond according to their own personalities and agendas. You were the catalyst for change but once begun you too are subject to the influences of each of the others.

A new universe has begun its journey like a river that flows towards the ocean of the cosmic community; sometimes it tumbles over rocky rapids and sometimes it meanders through mild-mannered meadows.

You have two missions: one lasting a single lifetime in this new cosmos, and the other spanning as many universes as are necessary for you to become an enlightened avatar who operates only out of love.

Ultimately, each soul will spin off a multitude of universes until it has learned how to love in all circumstances. This will involve having the courage and the humility to operate in a multiplicity of forms – from rocks, sea anemones, daffodils, snails and tigers to hominids, ET’s and angels. “For the creation waits with eager expectation for the children of God to be revealed.” (Romans 8:19).   How then will winning five superbowls or six Oscars, being POTUS or Pope John XXIII, being Hitler or Gandhi affect your progress? Will it teach you compassion and forgiveness or arrogance and anger?

Even as importantly, how are you doing in your present configuration? Because in answer to your soul’s search for awakening fully, you specifically crafted this present cosmos with this cast of characters – all the way from your parents to your politicians, and from your soul-mate to your fiercest foe? So, how are you really doing? Have you been blindsided by the game and are taking it too literally so that you don’t remember you planned this lesson and chose these other actors to play supporting roles? Do you have occasional déjà vu experiences where you are flooded with serenity and you realize that your life is on track to rendezvous with love?

Under the tutelage of our heavenly mentors, we don’t just hanker to play the roles of famous people but also that of a fisherman in Connemara, a grandmother in the African bush or a taxi driver in NY. All of these afford us excellent opportunities to hone our skills at loving unconditionally. When you play ‘somebody else’ you may learn to be less judgmental and more forgiving.

In your nightly dreaming, your soul already plays all of the roles; that’s why you’re not always nice in your dreams. And, so, it becomes a practice for living in parallel universes. When you’re dreaming lucidly enough to be moral and compassionate in your dream life, you’re well on your way to being able to parachute into the role of any other being – and still acting in love.

Then there will be a universe in which Hitler is a loving being – played by you!

And there’s a flip side of the coin; many people fantasize about being a famous person of the past or of the present; but there are cases of famous people – as well as ordinary folk – wanting, willing and succeeding in playing you!

So, there is a universe in which Christ, the soul who played Jesus the carpenter from Nazareth, is also playing you – as you understand yourself in this present spacesuit of yours.

Wouldn’t you love to know just how he is playing you? And if you knew, how would it change the way you are playing you? How many famous actors have played the role of Hamlet over the years? I wonder how many famous souls have played you? Wouldn’t it be fun to know what kind of a fist they made of it? Well there are the Akashic Records where all of the videos are stored and there are Altered States of Consciousness which are the PIN code to gain access.

It doesn’t take lots of time to play all of these roles; what it takes is, ‘no time’ because eternity is not eons of time, not even endless time, but rather timelessness – the radical absence of time. Because time is a human construct since our tiny brains cannot grok the entire span of the incarnation project and so we chop it up into chunks and process it sequentially, thus giving rise to the twin illusions of time and change.

b. The Book of Life

In reality, all the twists and turns of evolution are already present in the Book of Life. It is only the mind’s limitations that cause us to plod where the heart’s limitless ability to love allows us to soar. The Akashic Records are not so much a journal of past times as they are a blueprint for realizing our divine nature in present timelessness. When we know how to look there is nothing that is not present everywhere, now

Every single episode, chapter, page, paragraph, sentence, phrase, word and letter of the multi-paged novel that you will take weeks to read is already present before you ever crack open the cover. It doesn’t mean that you can’t enjoy the unfolding storyline but it does mean that it’s a story you yourself wrote and for which you adopted amnesia as a way to surprise yourself in the game of hide-and-go-seek that is known as evolution

Look around you! This is probably the only universe of which you are fully aware. Does it fill you with hope or despair? What do you think of the other players? Are you compassionate or critical of them? Pick any one of them – could you do a better job if you switched places?

Here’s the bottom line: this is the only universe in which you are aware of playing you! How ya doin’? Do you need to bring in an understudy or can you tweak your own performance? Is this the incarnation in which you will achieve Christ consciousness or do you want to wait for another? This is precisely the question that John the Baptist, through his disciples, while he was in prison, asked of Jesus.

And Jesus answer? He didn’t say ‘yea’ or ‘nay’, he said, “go back and tell John what you witness: the blind see, the cripples are healed; and the poor have the Good News preached to them.” Are you helping the blind to see? Healing the crippled? Being the bearer of Good News?

Or is it time for you to spin off a brand-new parallel universe? 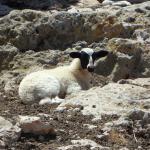 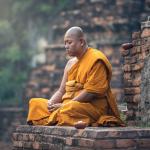