Some Thoughts on Ecology

A young mother recently wrote me with grave concern about the environment and what kind of world her baby daughter, Julie, would inherit. Here was my reply. 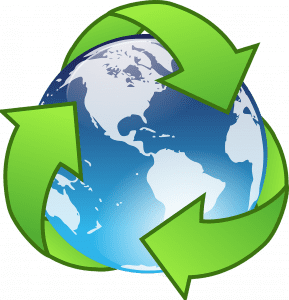 A fractal is a pattern that appears at an infinite number of levels. For instance, the pattern of smaller bodies rotating around a greater one is found in an atom (electrons rotate about the nucleus), in a planetary system (moons around planets – Jupiter has 63 of them!), in a solar system (planets orbiting around the sun), in a galaxy (suns orbiting around the great black hole at the center of the milky way galaxy) etc.

Human problems tend to be fractal in nature. Therefore, identifying the underlying pattern is much more likely to lead to long-term solutions than simply dealing with any one specific manifestation of the problem.

Life itself is fractal in nature – we see the same pattern appear at various scales. So, to understand any phenomenon (for example environmental degradation) we have to be able to infer the underlying algorithm from the individual instances. Therefore, we cannot separate the ecological problem from the greater pattern of the human adventure of incarnation. Trying to understand and solve the ecological crisis while separating it from all of our other relationships is like trying to be healthy by only focusing on not becoming diabetic. There is a lot more to health than simply monitoring our insulin levels and giving ourselves an injection.

B. Symptoms versus Causes

To focus on problems like fossil fuels or fracking – even though they are valid concerns – is like giving up sugar but continuing to smoke while spending all day sitting in front of a TV set. Business, banking, education, the mass media, the military-industrial complex, big Pharma, agribusiness, fake news, the Punch and Judy puppets we call politicians, fundamentalist religions, these are all both the causes and results of spiritual laziness. We want instant, simplistic solutions to complex, long-term problems. We don’t want to do the work and we don’t want to change but yet we want things to be different.

We allow the narcissists among us, the most compromised and ego-centric to run for political office while we sleep our way through life satisfied by “bread and circuses” (as the ancient Romans said) to be roused occasionally from our soporific state into a ‘manipulated rage’ at the latest media-manufactured, contrived political debacle, so that as a divided nation we can scream for security at the ‘temporary’ loss of civil rights and the dismantling of our constitution.

The ecological problem is simply what this pervasive, species-wide laziness looks like as it affects the physical planet and its flora and fauna. It is not enough to simply focus on one symptom, we must look at the entire syndrome and its root causes.

And, in my opinion, the taproot cause of all of these issues is the utter secularization of our cultures. We have thrown out the baby of mystical spirituality with the bath water of punitive, fear-based, fundamentalist religions. Into this vacuum has rushed a fundamentalist ‘scientism’ (not real science but a reductionistic, materialistic version) which promises utopia via nanotechnology, cloning and artificial intelligence but, instead, is delivering a dystopia of meaninglessness, aided and abetted by ‘banksters’ and a corporatocracy whose agenda is to control the frightened sheep who are willing to adopt a palliative consumerism rather than do the real work of figuring out who we are and why we volunteered for incarnation during this crucial and potentially-transformative era of human history.

Unless we have a multidimensional, spiritual cosmology, we are just putting band-aids on a few of the more obvious symptoms. Socrates, the Buddha and Jesus constantly encouraged us to ‘wake up’ e.g., Socrates said, “the unexamined life is not worth living.” That takes work; it means trying to be mindful and conscious and to think critically. It means devoting time to creating a ‘personal cosmology’ – a map that makes sense of your own unique life experiences and allows you to come fully awake yourself, help others to do likewise and together create a planet based on recognizing the divinity within all sentient beings. To do that we have to shake off the amnesia for who we really are and why we volunteered to be here, now. Mostly, we’re living somebody else’s cosmology without ever examining whether its working (it very obviously is not!) or how to upgrade it.

There has never been a significant evolutionary shift – at planetary, national or even individual levels – which hasn’t been precipitated by a crisis. We don’t change unless we have to. We face, not so much a global crisis, as we do an opportunity for a powerful, spiritual awakening of humanity. Our job is to move our species from Homo Sapiens Sapiens to Homo Spiritualis.

That’s why Julie volunteered to be here at this time. Your job is to give her the spiritual tools she needs for her mission. When we humans awaken to who we really are and why we’ve come, the ecological crisis – as well as all of the other problems – will resolve themselves. We’re coming to the end of our adolescence as a species. The future will either be a cynical senescence or compassionate wisdom. 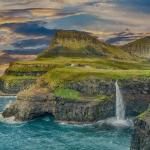 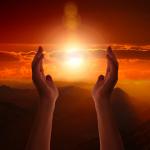 November 7, 2018 What, in God’s name, is Christ Consciousness? (Part 1)
Recent Comments
0 | Leave a Comment
Browse Our Archives
get the latest from
Companions on the Journey
Sign up for our newsletter
POPULAR AT PATHEOS New Visions
1