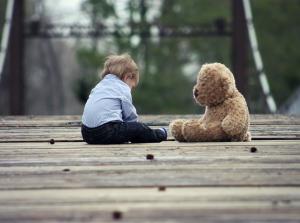 I kid you not.  Once, I really believed what I’m going to tell you in the next few lines: growing up I was utterly convinced that the three greatest blessings which could be conferred on any human were to be born (1) Catholic, (2) Irish and (3) in Cork.  In ascending order of importance!  Later on, I would smile at a local comedian who very proudly confessed the he was “Irish by good luck” and then, taking off his hat and holding it reverently over his heart, added, “and Corkonian by the grace of almighty God.”

A month before my 18th birthday, I entered the seminary and was overawed at the heavenly aspects of it.  Here, I was the obedient son of an infallible pope, verily the vicar of Christ himself.  I was now part of a Missionary Society whose Superior General was an ethereal archangel; being educated by priests who were angelic beings who celebrated private Eucharists at small side altars where they whispered sacred Latin incantations which turned bread into God.  I got to watch older seminarians whom I regarded as angels-in-training.  And I myself was so lucky to have joined this assembly line of angel making!

The human journey, I believe, is a movement that begins in innocence and which, in the early teenage years, morphs either into naïveté (age-inappropriate innocence) or idealism (the ability to spot the shadow, coupled with the willingness to bring it to the light.)  Later on, in our 40’s perhaps, idealism bifurcates either into greed and cynicism (soured idealism) or compassion and wisdom (matured idealism.)

In my early seminary days, I was equal parts naïve and idealistic.  As the scales began to fall from my eyes, and as I began to study Church history and watch international politics, I was determined never to allow myself to be scandalized; surprised, yes; shocked even, but never scandalized.  Because, whereas surprise and shock allow us to dismantle naïve models and birth less inadequate ones, allowing oneself to be scandalized puts the breakers on idealism, hope and creativity.

The last 54 years have shattered all of the naïve bubbles of my early seminary days, but have not dented my soul-deep belief in the innate goodness of humans.  Courtesy of Carl Jung, I realize that the shadow is 80% gold – the unrealized potential of the individual and of the global family.  Goodness is there for the harvesting.

My subsequent research has unearthed the 20% which is truly dark and which affects all of our major institutions: politics that lies pathologically; religion that muzzles spirituality; mass media that prostitute themselves in the service of the elite; a compulsory school system that dumbs kids down, while pretending to educate them; medicine that prolongs illness rather than cures it so as to fill the coffers of Big Pharma; agriculture that poisons the land and attempts to grab patents on Life itself; and a military-industrial-prison complex that kills or incarcerates in the interests, not of freedom and democracy, but of the corporatocracy.

At every stage of this unfolding drama, as each old naïve belief system went “Pop!” a deeper appreciation of the divine mystery unfolded; and the only worthwhile response has been to clap joyfully at the dissolution of one illusion after the other and get sucked deeper into the laughing, loving heart of God.  In Kiswahili we say, “Ya Mungu ni mengi!” (“From God are many things” i.e., She is full of surprises.)

Now, at age 72, I am a catholic, with a little “c” – meaning universal; I’m Irish, but part of the Celtic Diaspora; and, yes, I still speak with a Cork accent.  I’m luckier than ever! 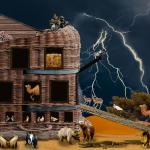 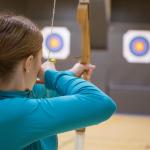 January 8, 2019 Saints and "Holy Humans”
Recent Comments
0 | Leave a Comment
Browse Our Archives
get the latest from
Companions on the Journey
Sign up for our newsletter
POPULAR AT PATHEOS New Visions
1