Noah was constantly ridiculed by his neighbors who teased him about global warming, but on the day the flood waters lifted the Ark out of his backyard, he had to repel them with his Rothweilers as they attempted to climb aboard before he could batten down the hatches.

It must have been a trifle crowded on board; not to mention quite stinky.  And it’s no wonder he was given 120 years to collect all of the animals and shepherd them to their quarters, because many of them lived in China and Brazil and Ireland, thousands of miles from the port of embarkation.  I wonder did he fetch them in smaller vessels and ship them back to the Middle East?

The birds couldn’t all be kept in the same section; hawks and eagles and other raptors had to be separated from the doves and finches.  Lions and tigers were totally frustrated because they could smell the antelope and wildebeest, but couldn’t get at them.  And how, in God’s name, did he keep the creepy-crawlies from pinching, biting and stinging everybody?  And, of course, he had to put the larger animals (elephants, rhinos, hippos, etc …) in the lowest level of the Ark, under the waterline to act as ballast.  It was a logistical nightmare!

You’ll find two versions of this ancient tale thoroughly mixed together in the Book of Genesis, but today I figured out a third version; or, at least, a different ending to the story.  So here ‘tis:

About 150 days into the flood, things began to get pretty rocky.  Noah was still upset that he had been forced to abandon his grandfather, Methuselah, who had just turned 969 and whom he dearly loved, while being pressured to make space for hyenas, skunks and boa constrictors.  He himself was 600 years of age and could get quite cranky after a nap.  Mrs. Noah didn’t have any girls of her own and had never really liked any of her three daughters-in-law.  For their part, they gossiped continually about her, behind her back, and once put a tarantula on her pillow.

Everybody was fed up with having to eat manna and muesli day after day.  They got seasick; regularly.  And there were constant squabbles about whose turn it was to do potty patrol.  It gave a whole new meaning to the phrase, “Poop Deck.”

Meanwhile the three sons constantly got into arguments with each other; and Ham would get really cross when his brothers Shem and Japhet asked him, at meal times, if he felt like a sandwich.  Occasionally, it came to fisticuffs.

But the biggest problem, by far, was the boredom. So, the boys invented cockfighting, dog-fighting, bull-fighting and even fights between the elephants and the rhinos.  This terrified their mother and their wives, who threatened to tell Noah, but it was far too much fun, so they continued to have these great beasts do battle with each other.

One day it got particularly rowdy; the rhino, whose eyesight wasn’t great at the best of times, mistimed his charge and drove his horn out through the hull of the Ark.  He pulled it back and returned to the fray; the boys cheered and a trickle of water began to seep into the ship.  The rhino charged again; and missed again; he breached the wall a second time, shook his head free and returned, once more, to the battle.  The boys cheered even louder; a torrent of water began to pour into the ship.  By now the elephant was thoroughly annoyed; so, getting his two great tusks under the belly of the rhino, he flung him across the ship; and the hull shattered.  The boys stopped cheering as seawater rushed in.  A very surprised shark was sucked into the Ark and caught his first glimpse of a giraffe.

The boys looked at each other; they knew their dad would not be happy; he wasn’t.  Luckily for them, before he could come below decks, to reprimand them, the Ark had sunk, with the loss of all lives.  In ten terrifying minutes all the humans, animals, mammals, birds and insects of Planet Earth were gone.  One hundred and twenty years of Noah’s preparation and 3.7 billion years of evolution went down the tubes.

The Elohim, who were watching from the heavens, tweaked their long grey beards and said, “You know what?  It’s just as well!  Making man in our own image and likeness was a harebrained idea to begin with.”

So now, my dear listener, you have two choices: you can stop reading at the end of Genesis chapter 8 or you can continue to read the rest of the Hebrew Scriptures and all of the New Testament right up through Revelation chapter 22; but the Bible version and my version are headed for the same ending.

Noah’s Ark – aka Planet Earth – has, once again, been fatally wounded; its ability to safely and lovingly carry its precious cargo of life has been seriously compromised.  The Elohim (the “Lofty Ones”) decided to create the Biblical flood of 13,000 years ago, since they were determined to wipe out all life on Planet Earth because of the sins and depravity of humans.  This time, however, it is not the Elohim but humans themselves who have created the flood.

This time, the rhino is the Military-Industrial Complex and the elephant is the National Security State.  This time the “boys” are the bankster cabal for whom conflict, pain and the agony of the dying are merely a sport to ease the boredom of lives lived without soul.

Hello! Is there anybody awake out there? 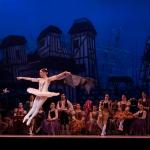 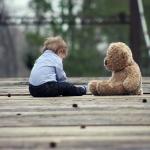 January 1, 2019 Crossing Life’s Minefield - from Innocence to Wisdom
Recent Comments
0 | Leave a Comment
Browse Our Archives
get the latest from
Companions on the Journey
Sign up for our newsletter
POPULAR AT PATHEOS New Visions
1