On the Way to Higher Consciousness – Part 1

No doubt most of us would agree that our brains are truly remarkable.  Although weighing only about three pounds or 2% of the total body weight, the brain consumes 20% of our total oxygen intake. Eighty-six billion neurons with 125 trillion synapses fire 65,000 activity points per second, and, according to the Salk Institute, the part of the brain that deals with memory has a capacity of more than 670 million web pages.

As truly remarkable as the brain is, however, nobody really understands the enigma of how and where the physical brain produces and stores the immaterial, mental experiences of the mind. How are the mind and brain connected to create experience as a unified whole? How do the brain and mind communicate?

Called the mind-body problem, this has been an issue in philosophy for centuries, explored first by philosophers and religious scholars, and currently by neuroscientists, cognitive scientists, and physicists.  Basically, their studies have yielded three major schools of thought: dualism, materialism, and idealism:

Despite multiple theories, however, there is general agreement that the mind, and not the brain, is the source of cognition defined as knowledge, ideas, intuition, intention, imagination, perception, awareness, feeling, and so on. Focused outwardly on the physical activities and sensations of the material world, the mind is aware of itself and its surroundings. The mind knows what we know.  Focused inwardly however, the mind is also aware of itself as a stream of consciousness where impressions and mental phenomena are constantly forming. In this sense, I see the mind as a two-way conduit between the physical brain and immaterial consciousness, including higher levels of awareness that may be spiritual.

The “hard problem of consciousness” (named by Chalmers,1995) is the problem of explaining how and why some conscious mental states “light up” and directly appear to an individual.   Incontrast to ordinary awareness of the world around us, these are wonderful, random, spontaneous moments in life, times of rare sudden insight when figuratively a door opens, an inspiration occurs, and greater awareness virtually transforms one’s way of thinking.  For most of us, transcendent breakthrough experiences such as these remain a great mystery, one that scientists have not explained.

If these insights hold essential meaning for us, why do we find it so very difficult, if not impossible, to replicate such remarkable instances at will?  The fact is, we don’t even know if an insight resulted from anything we did, or if it was divinely inspired. If the newly-revealed wisdom comes from a place very deep with us, why is that place so seldom touched that it is in effect sacred?   Perhaps because of the quasi-mystical connotation of these experiences, we simply have not explored the possibility that we could facilitate them in any way.  Any tentative attempts we might have made were further hampered by the fact that private insights are often so profound and personal in nature.

Several years ago, as a developmental psychologist, I wanted to learn how and why some people seem to be more successful than others at tuning in to higher states of consciousness.Having seeded this problem in my mind, I was rewarded with a dream that clearly dictated an idea––a strange urge to send a letter to collect instances of sudden inspirations from many people. The ‘dream’ letter was forming itself almost audibly in my mind, word for word, so clearly and completely that I got out of bed one night and wrote it down. In it, I asked my friends to tell me of a moment when they became aware of a spontaneous insight in their thinking.  I was interested, I explained, more in their actual experience of expanding awareness than in its subsequent result. Therefore, their letters could be about feelings, belief, or meaning as well as thoughts or opinions.  What was going through their minds the moment they were aware of a breakthrough in their perception of reality? There were “no right or wrong answers,” I wrote.

Initially I resisted following the dream’s message. After all, I was asking each person about an immediate and direct experience of the contents of his or her own mind.  But eventually I launched my survey by first sending letters to about seventy-five adults between the ages of twenty and eighty: twenty-five singles and twenty-five married couples. Many not only complied, but also referred others to me, and the number of responses I received from men and women of all ages grew over a period of about five years.

They wrote about experiences that were beyond the confines of either-or thinking.  Their visions of reality expanded in ways that had left them tremendously excited.  For some, there was a sudden insight that relieved a great pressure.  Many described “breakthroughs” that opened their lives to new careers, relationships, or opportunities. Others talked about a heightened sense of spirituality and a feeling of oneness with the universe.

By studying their descriptions, I identified four different types of experiences, each one another step closer toward achieving higher consciousness:

In the coming weeks, under the general title “On the Way to Higher Consciousness,” each one of the above four steps will be the subject of a separate Patheos article that includes excerpts from letters along with quotations from various writers and philosophers,

I hope you will join me. 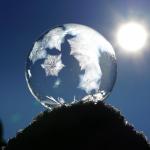 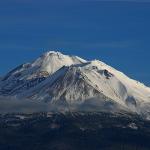 June 25, 2019 Mount Shasta – A Mystical Myth for Our Times
Recent Comments
0 | Leave a Comment
"How I admire your clarity, ty Fr. Seàn"
Gerardo Gomez Original Sin
"You and I are of a similar mind, having taught the alternate "mythology" in a ..."
Joris Heise Original Sin
"When you carefully read the actual legends about "Original Sin" some odd things emerge. "The ..."
Kyllein MacKellerann " Original Sin
"Nicely put."
John Purssey Original Sin
Browse Our Archives
Follow Us! 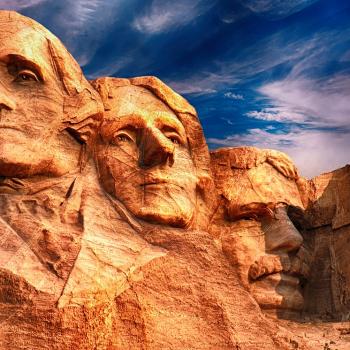