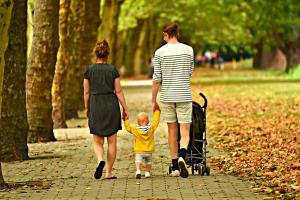 And flora invented many kinds of families and many modes of migration. For instance, the lordly redwoods and sequoias are great believers in the nuclear family. They utilize the oldest force in the universe – gravity – to plant their progeny around their own ankles, creating a circle of children deeply bonded to their mother, creating cathedrals that combine land-scapes with sky-scapes, in their visionary architecture. I’ve often watched as these families prayed together – sometimes gently swaying in a light breeze, adopting holy mudras (honoring their Hindu genes); at other times engaging in liturgical dances to the zephyrs’ Gregorian chant (honoring their Christian genes); and, occasionally, moving in the wild, ecstatic frenzy of the whirling dervishes (honoring their Sufi genes.)

Other plants and trees, however, are migrating and missionary by nature, wanting to spread the Good News of their existence. And, here, they have made treaties with the wind, with birds, with animals and, once we humans finally arrived on the scene, with us. Corn and potatoes from the “new world” coopted Spanish galleons to establish their trans-Atlantic franchises; and tobacco used Sir Walter Raleigh to make a pitch for smoking in the “old world’ of Europe.

Maple trees attach their seeds – called, Samaras – to the twin rotors of proto-helicopter blades to carry their message. Flora tend to use the outside of birds, animals and humans e.g. attaching to the feathers, fur or clothing, for the shorter trips; and the inside of birds, animals and humans e.g. the gut, for the longer trips. Digested seeds can be pooped out e.g., courtesy of a bird – to plant themselves miles from home in the most unlikely of places – like the gutters of your roof or a cleft in a rock.

I’m going to say something very briefly and very profoundly so listen carefully because you might miss it. Life is an elephant’s belly. If I were a Zen master I’d now bow to you and go away. I’m not that advanced and moreover I’m Irish. I have a captive audience and I will never say in one phrase what I can say in several. So, I’m going to tell you what I mean by the statement that life is an elephant’s belly.

The last mission where I lived in Kenya was a small village called Kipsaraman. It is in the highlands that sweep down into a large valley right on the equator with regular temperatures of 115- and 120-degrees Fahrenheit. Part of it was on forested slopes. Herds of elephants lived there. A particular kind of tree grew in the area with a fruit so hard that when the nut fell on the ground, even if it lay there for many years and even if you were to cover it over with fertile soil, it could never germinate. The shell was so hard it would never take root. So, these trees had made an agreement with the elephants. The elephants would eat this nut and the gastric juices in the belly of the elephant were so corrosive that they would crack open the shell and then the elephant would poop and bingo, you had a new tree. So, life is an elephant’s belly. We’re just waiting for the elephant to come along to crack us open.

Look and notice Nature’s auto-erotic love-life. She is both the impregnator and the womb, the inseminator and the birther, the stay-at-home mom and the missionary mother. The greatest achievement of us humans is merely to be able to write mathematical algorithms that chronicle Nature’s ancient inventions.

Hats off to you, Pacha Mama! 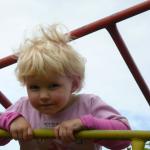 July 15, 2019 On the Way to Higher Consciousness - Part 2
Recent Comments
0 | Leave a Comment
Browse Our Archives
get the latest updates from
Companions on the Journey
and the Patheos
New Visions
Channel
POPULAR AT PATHEOS New Visions
1

10 Surprising Truths about Jesus (You...
Wake Up Call
Related posts from Companions on the Journey 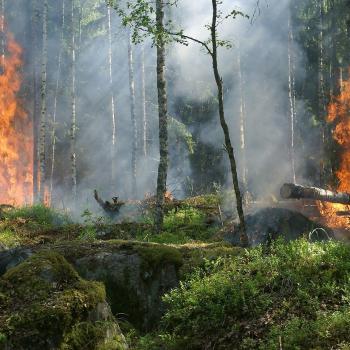 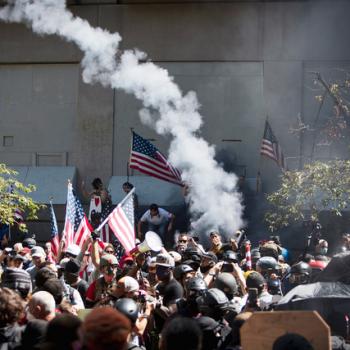 New Visions
How a Basic Income Begins to Heal Social...
Companions on the Journey