I first heard about St. Maria Goretti when I was in eighth grade at a Catholic school.

I was randomly assigned her to write a paper on. I remember her being attacked by a man who tried to rape her and that he stabbed her to death instead. I created a poster of her dressed in white to signify her purity. That’s as far as I ever got in my relationship to her or my understanding of her. She had died when she was just shy of twelve years old and I was, at that time, thirteen. One reason I didn’t bother trying to know her better was that all sources seemed only to affirm one thing about her, that she defended her virginity, her chastity, her purity, and that was just not something I could relate to.

How could I relate to a saint my age who died by being pure if I didn’t believe that I was capable of purity myself? There just isn’t a way. I defined myself by this albatross around my neck for many years and the biggest lie wasn’t that I was committing sin but that I could be nothing other than this sin.

She knew that purity and chastity were a state of the heart and soul and that violence could not take that away from her. Of course she didn’t want to be raped! Who wants to be raped? Who “chooses” to be raped? No one. It is impossible. You cannot consent to rape and compliance (for those who cannot fend off their attackers) does not equal consent.

St. Thomas Aquinas wrote of this in the Summa Theologiae: “If a virgin is violated, she does not forfeit the aureole [halo], provided she retain unfailingly the purpose of observing perpetual virginity, and nowise consent to the act. Nor does she forfeit virginity thereby; and be this said, whether she be violated for the faith, or for any other cause whatever. But if she suffer this for the faith, this will count to her for merit, and will be a kind of martyrdom: wherefore Lucy said: “If thou causest me to be violated against my will, my chastity will receive a double crown”; not that she has two aureoles of virginity, but that she will receive a double reward, one for observing virginity, the other for the outrage she has suffered. Even supposing that one thus violated should conceive, she would not for that reason forfeit her virginity: nor would she be equal to Christ’s mother, in whom there was integrity of the flesh together with integrity of the mind.”

Maria was the pre-teen I wished I was.

This is what kept me from her for so long. I compared myself to her, thought less of myself because I could not see the goodness in me, that I was created good. So I ignored her. I hated myself more every time she was brought up. Maria was an unattainable goal and beauty to me, practically a whole different species. I internalized how bad I must have been and tried to go on living as best I could, though I was not filled with hope.

What I missed is that Maria was holy because she loved. She loved God, Mary, her family, and then even her attacker. I missed that I am not only capable of love but worthy of Love. That is what Maria knew so well. That is what was cemented in Maria’s heart so firmly that she did not fear bodily death but only eternal death, and not only hers, but other’s, as well.

All these 20 years later (yes, I was in eighth grade that long ago), Maria’s story has stuck with me, no matter how much I tried to avoid her. And it is all these years later that I finally really looked at her, decided to get to know her. Who I found was a deep companion. She told Alessandro that she would rather die, that she would rather suffer bodily death than let him commit a mortal sin, that is, to suffer eternal death. She gave her bodily life so that he could attain heaven. She says this to me, she’s been saying it to me since we were first introduced. Finally, I listen.

I know now that it must have been Maria beside me at that moment, encouraging me to look beyond the sin and see Love. I had repented many times previously, but God was waiting for me to forgive myself and open myself to His Love and Maria never left me alone in that journey. As Alessandro was wont to call her after his repentance, my “little saint” has never left me and pursued me in the name of Love, so that I might join her in heaven one day. 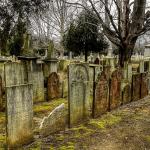 July 15, 2019 Destruction of the Characters of Game of Thrones
Recent Comments
1 Comment | Leave a Comment
"Nice article. It is also one of the most beautiful songs of Queen ..."
Module-t Prefabricated A Great Pretender
"Fr. Peter Grover, OMV, St. Clemens, Boston brought out in his homily today (on YT) ..."
Ravyn Guiliani Thomas the Apostle- July 3 (Everyday ..."
"It was interesting, I enjoyed it, thank youساندویچ پانل"
sandwichpanel Cinderella and St. Germaine Cousin
"GoT was "nihilistic" because it didn't pay lip service to your God? I can see ..."
Raging Bee Destruction of the Characters of Game ..."
Browse Our Archives
get the latest from
Catholic
Sign up for our newsletter
POPULAR AT PATHEOS Catholic
1