Destruction of the Characters of Game of Thrones

I planned on writing a review or at least a post after every episode of this last season of Game of Thrones.

Obviously, that did not happen. I only wrote once at the very beginning and could not bring myself to write more. Part of this lapse was the suspense of finally finding the fate of Westeros and these characters. Part was laziness, I’ll admit. A greater part was that, although I still hold that GoT hinges on the relationships between its characters, GoT seemed to have forgotten this. It made watching the season less like a puzzle about human nature and the end of the world and more a maze of “how do we get out of here”.

This was a huge weakness. There is all sorts of speculation why the writers/producers D.B. Weiss and David Benioff only wanted to do six episodes (including that they just wanted to finish with this project so they could move on to their next project Star Wars). What stands is that this is the way they chose to pace, write, and end their series, and it didn’t pay off.

Like life, relationships were the central part of Game of Thrones.

There were a few bright, shining spots to the final season of GoT, moments when the writers clearly remembered the basis of this show and the story it was adapting. Unfortunately, these were too few and never when the action and the plot collided. It stopped taking its time, it started overlooking its characters, it started just using its characters as vehicles, and in the end, we all lost.

The most egregious violation of the characters came in a pair of twos.

The first is twins Jaime and Cersei Lannister. Not only siblings, but lovers. All of Jaime’s character development came undone for his ending as he scampered back to his sister-lover less witty and less wise. And Cersei! Oh, what a waste of a beautifully complex character. I honestly cannot bear to say more about her. I disliked her but I admired her. Their ending, together as they came forth from the womb, was perhaps poetic but it undermined the complexity of both of them. Their characters, as their surroundings, were reduced to rubble.

The second is Jon Snow and Daenerys Targaryen. What their character demises boil down to is not being given time to get there. Jon was never given the time (time as in character growth, not time as in timeline) to gain his footing and remained confused and bedraggled the whole season. Caught between hefty feelings, of course he should’ve been struggling with the morality surrounding him and if the end justifies the means. But Jon was not given his decisive morality and firm grounding as he had before and so no choice he could’ve made would’ve been the right one. And Dany’s decent into madness and tyrant was logical but, again, too swift to be believable. As is the tale of many star-crossed lovers, these two ruined each other, but they were ruined first by the writing.

We cannot forget each other.

The moral of the GoT television series is, or what we should take away as viewers and people, is that we cannot forget each other. Use is evil and leads only to destruction. We are complex beings made in the image and likeness of an infinitely complex (yet simple) God and to deny this about each other and ourselves is a mode of denying God.

Our relationships with each other are key. St. Teresa of Calcutta once said that if you want to change the world, go home and love your family. What she means is that we must start with the relationships closest to us and work outward from there. Teach those in our care how to love, both through instruction and example, and then those people will go out and do likewise (or not, because free will, but they will know). It is when we forget each other that we stop reflecting and bringing love and without love, we fall into destruction.

The worldview of Game of Thrones was definitely nihilistic, and that showed from very early on. But what it should teach us is that nihilism brings ruin. The only fullness is in God Who is all and in treating each other as beings who reflect His glory. You are worth your story. You are worth the wait. You are worth eternity. Act like it. 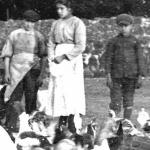 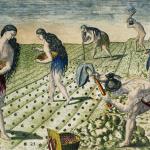 December 30, 2019 To Till the Soil
Recent Comments
1 Comment | Leave a Comment
"Nice article. It is also one of the most beautiful songs of Queen ..."
Dilara Akın A Great Pretender
"Fr. Peter Grover, OMV, St. Clemens, Boston brought out in his homily today (on YT) ..."
Ravyn Guiliani Thomas the Apostle- July 3 (Everyday ..."
"It was interesting, I enjoyed it, thank youساندویچ پانل"
sandwichpanel Cinderella and St. Germaine Cousin
"GoT was "nihilistic" because it didn't pay lip service to your God? I can see ..."
Raging Bee Destruction of the Characters of Game ..."
Browse Our Archives
Related posts from Contemplatio Culture