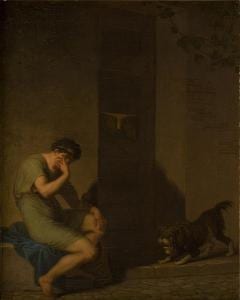 But death is never really over. Not even after you bury the dead in the ground and return to routine. It’s not over a year later, after you’ve passed all of those first milestones. It’s not over twelve years later, when you’ve lived a whole lifetime without that person.

Death is the beginning.

That sounds cliché but I suppose some clichés are true. Death is the beginning of a whole new life, for that person and for us. We learn how to carry grief, we learn how to walk alongside sorrow. We learn how to live in a completely different way. All of those hopes and dreams and assumptions are shifted; sometimes completely obliterated.

There is no “getting over” someone. There is only moving forward.

That’s how death makes me feel. As I was in the middle of writing this piece, I received a call from my best friend, a woman whom I’ve known (and thus known her family) for 30 years, letting me know that her father had passed away. Tom was like a second dad to me, present at so many of my important childhood moments and always treating me like a daughter. In fact, he called me his “adopted daughter”. My mom called him her fifth brother and was best friends with his wife. His wife, Jan, was my confirmation sponsor and is very much another mother in my life. I could tell you so many things about Tom and his family and why they mean so much to me and why his death has hit me so hard but….

Truthfully, this is why I miss mass and the Eucharist the most right now. The Eucharist is “heaven kissing earth”, joining us all up together here on earth and in heaven and in Jesus. All our loved ones gone before us partake of the Beatific Vision and, in the Eucharist, we are given a veiled participation in that, too. In the Eucharist we are more together than we ever were standing side by side on earth.

The pain does not end, of course. And maybe there isn’t even consolation. Heaven knows my tear-stained cheeks have not been given much relief this past week. But there is tomorrow and there is heaven.

As I said on Twitter a few days ago: Every time some I love dies, a piece of me dies, too. But that also means that pieces of me live in heaven now and that’s enough.

Image Tibullus Lamenting Outside the Door of His Beloved by Nicolai Abildgaard courtesy of https://commons.wikimedia.org/wiki/File:Nicolai_Abildgaard_-_Tibullus_Lamenting_outside_the_Door_of_his_Beloved_-_KMS3473_-_Statens_Museum_for_Kunst.jpg 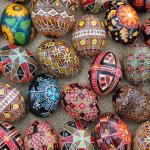 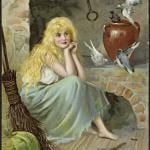 June 15, 2020 Cinderella and St. Germaine Cousin
Recent Comments
0 | Leave a Comment
"Nice article. It is also one of the most beautiful songs of Queen ..."
Module-t Prefabricated A Great Pretender
"Fr. Peter Grover, OMV, St. Clemens, Boston brought out in his homily today (on YT) ..."
Ravyn Guiliani Thomas the Apostle- July 3 (Everyday ..."
"It was interesting, I enjoyed it, thank youساندویچ پانل"
sandwichpanel Cinderella and St. Germaine Cousin
"GoT was "nihilistic" because it didn't pay lip service to your God? I can see ..."
Raging Bee Destruction of the Characters of Game ..."
Browse Our Archives
get the latest from
Catholic
Sign up for our newsletter
POPULAR AT PATHEOS Catholic
1 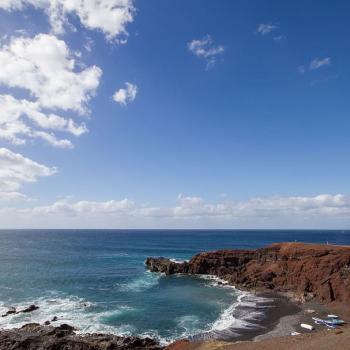