This is the first in what I intend to be a series on the lessons fairytales can teach us about faith, life, and the saints.

The story of Cinderella is pretty well-known

A young girl is forced into servitude by her relatives and then goes after the heart of the prince (usually with some help), loses her shoe which the prince then uses to find and identify her, and she reaps vengeance on her hateful relatives by living happily ever after. It’s a classic story of unjust oppression and triumphant reward. This story has been handed down through multiple cultures and centuries and has gone through many iterations. It speaks so deeply to us as people. 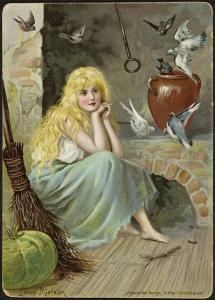 But did you know that Cinderella is also a saint?

St. Germaine Cousin was a young girl who had a stepmother who despised her because she was weak, ill, and her right hand was deformed and paralyzed. To make matters worse, Germaine’s father turned a blind eye to the cruelties her stepmother was showering upon her, presumably to “keep the peace”.

Because of her poor treatment, Germaine grew even sicker and developed a form of tuberculosis that caused her neck glands to swell and sores to appear on her neck. Instead of finally having pity on Germaine, this caused her stepmother to treat her even worse. Her stepsisters also treated her terribly, putting ash in her food, among other cruelties. When Germaine became very ill, she was forced to live in the barn with the animals. The only warmth Germaine had came from the cuddling the sheep that also lived in the barn and the only food she had were scraps from her stepmother.

Germaine found peace in tending to the sheep

Education was thought to be wasted on Germaine so all she knew were the basics of the Faith through catechism class. But while tending to the sheep, Germaine found a friend in God. She had a rosary made out of knotted string and would repeat the simple prayer, “Dear God, please don’t let me be too hungry or too thirsty. Help me to please my mother. And help me to please You.”

Germaine trusted God so much that she would leave her sheep in His care everyday so she could attend daily Mass, and He never failed her. She also shared her small allowance of bread with the poor, even though she was also poor and hungry. Cinderella does this, too, by sharing her food with the mice and making them clothes and giving them names. Both St. Germaine and Cinderella uphold the dignity of life in giving of themselves and they display great humility. 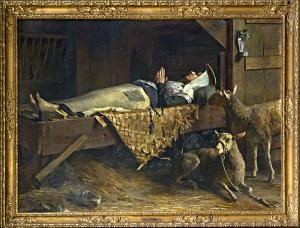 He ended the cruelties heaped upon St. Germaine and asked her to come back to live in the house instead of the barn. Germaine declined, saying she had found her home in the simplicity of the stable. She died on her bed of straw at age 22 in 1601. Years later, in 1644, Germaine’s body was found to be perfectly preserved, incorrupt, showing that though she was ugly and lowly by worldly standards, the miraculous love of God had transformed and glorified her.

O Saint Germaine, look down from Heaven and intercede for the many abused children in our world. Help them to sanctify these sufferings. Strengthen children who suffer the effects of living in broken families. Protect those children who have been abandoned by their parents and live in the streets. Beg God’s mercy on the parents who abuse their children. Intercede for handicapped children and their parents. Saint Germaine, you who suffered neglect and abuse so patiently, pray for us. Amen. 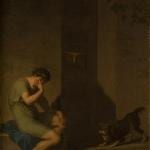 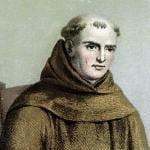