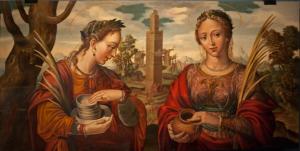 Justa and Rufina were sisters born in 268 and 270 AD, respectively, near Seville, Spain. They were born into a poor Christian family but were extremely pious. They made earthenware pottery for a living and supported themselves and much of the city’s poor through this enterprise.  Legend of Justa and Rufina states that they refused to sell their goods for use in pagan ceremonies. Outraged, the pagan worshippers smashed all of their pottery. In retaliation, the sisters smashed a statue of the pagan goddess Venus.

The prefect of the city, Diogenianus, ordered Justa and Rufina to be imprisoned because of their act. He was unable to convince them to renounce the Faith, and so he ordered them tortured. They were tortured with iron hooks on the rack. But even this failed! Next, to try to break their resolve, they were made to walk barefoot to the Sierra Morena, approximately 180 miles! This still didn’t work, though. Instead, the sisters were imprisoned for not renouncing the faith, and there they suffered from hunger and thirst.

Justa died in prison first and her body was thrown into a well. Her body was recovered later by the bishop Sabinus. Because Justa and Rufina were extremely close, and still quite young, Diogenianus thought that Justa’s death would break Rufina’s resolve. Joke was on him! Rufine became even more resolved and this angered the prefect. He then had Rufina thrown to the lions, but they refused to attack her, remaining as docile as house cats. Prefect D was out-of-his-mind infuriated by this point and so had Rufina either strangled or beheaded (accounts differ) and her body burned. Bishop Sabinus recovered this sister’s body, too, and buried Rufina alongside Justa.

These women were just 19 and 17 when they died. Barely women! What cool examples to have. Notice that they didn’t smash any pagan idols until their wears were first unjustly destroyed. This is important! They lived the Faith by witness first and then by action only when it was absolutely necessary. 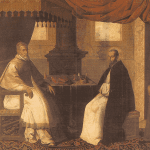 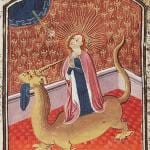