So you’ve begun to pursue the interior life. You’re learning to respond to the Lord’s nudges. Maybe you’ve even asked Him to help you hunger and thirst for righteousness. So what happens next?

It’s like this. There’s this person you’ve been bumping into. Maybe you meet them at the grocery store, or in the hallway at work, or at the gas station. And you find that when you bump into them, you have one of those neat conversations that just goes on and on, even though you both really need to be going. So what’s the next thing to do?

Well, if you want to be friends with this person you plan to get together with them on purpose instead of accidentally. You have them over for dinner, or you go see a movie, or you watch a football game together. You hang out.

And that’s the next thing to do with Jesus. You need to hang out with Him, spend time with Him, make it a point to spend part of each day with Him. It can be difficult to make the time; but it needs to be done. Here are some ways that I’ve found time for God.

First, I often don’t turn on the music when I’m in the car by myself. Instead, I try to spend that time with God, sometimes praying a specific prayer, and sometimes just chewing over the day with Him.

Second, I get up early, and spend time studying and praying before anyone else is awake. This is hard, because you can’t burn the candle at both ends for long. Once you start getting up early, you’ll probably find that you need to go to bed earlier, too. But on the other hand, it’s an easy habit to get into (at least for morning people), and it doesn’t affect the schedules of the other people in the house.

Third, there’s a church just around the corner from where I work; and most unusually for our area, it’s actually open during the day. Sometimes I’ll stop in on the way home for five or ten minutes with Our Lord.

Now, I’m not going to even try to tell you how to prioritize your schedule so as to make time to spend time with Jesus. That’s between you and Him…and by the way, asking Him for help in finding the right time is definitely indicated.

November 25, 2013 The Deadly Ambiguity of Aphorisms
Recent Comments
0 | Leave a Comment
Browse Our Archives
get the latest from
Catholic
Sign up for our newsletter
POPULAR AT PATHEOS Catholic
1

Catholic
Today's Aquinas: What Does It Mean To Be...
Cry 'Woof' 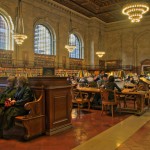