Commenter Cam left a long and thoughtful comment on a recent post of mine about suffering on earth vs. Joy in heaven.  There’s a lot to talk about in it, but I want to start with a point about rational argument.  Cam says,

…it might be worth noting a difference between some Christians and some atheists here. An atheist might approach an argument by saying: ‘there may be some gaps in my argument, and these gaps may or may not be fatal’. A Christian however, who holds their belief on faith, will never consider a gap in their argument to be fatal (see for example your treatment of unbaptised children). The gap will certainly be fixed later, thinks the Christian, because the conclusion is certain and she has faith. Atheists usually don’t work backwards from a certain conclusion in the same way Christians do, and so we might see gaps or exceptions as more fatal than a Christian would expect.

Cam has a good point here, though I’d characterize it somewhat differently than he (?) does.  He expresses it as a difference in how we approach rational argument; I’d say that we’re engaged in different projects and we are each reasoning in an appropriate way given the projects we’re engaged in.

First, a brief digression: if I understand Cam’s point, then my “treatment of unbaptized children” isn’t a great example, because it wasn’t part of my argument at all.  In Catholic theology people do not become moral agents until they reach the age of reason; thus personal sinfulness isn’t an issue for children who die before that age.  Baptized children have consequently always been assumed to go to Heaven; the status of unbaptized children is less clear.  In my actual argument I was speaking only of people who reach Heaven after reaching the age of reason, but I didn’t want to give the impression that they would necessarily be the only ones there.

In short, the point about unbaptized children was a digression rather than a gap.

To resume, our respective approaches to the discussion are not because I’m a Christian and Cam is an atheist, but because I’m engaging in study, and Cam is engaged in research.  (Mind you, I’m not clear on precisely what Cam’s topic of research is.  It might be Catholic theology, it might be the psychology of religious believers, or it might simply be the anthropology of apparently rational people who insist on believing nonsense, I dunno.)

Research, as I’m using the word here, is a way of grappling directly with reality to find out what’s so.  The physicists at CERN are engaged in research; so is the teenage boy who is starting to actually talk to the girl next door; so is the toddler who is discovering why the blocks fall down when stacked this way but stand up when stacked that way.  You learn things, you come up with theories, you make hypotheses, and you revise your knowledge as your hypotheses stand or fall.  That’s the scientific method, informally stated, and it’s the general way we learn about the world around us from direct engagement.

In the context of research, a gap in an argument represents some factor you haven’t had the opportunity to look into yet; and since you don’t know what it will look like after examination it might prove to be fatal to your argument and to your theory.

Clearly this all applies to anyone who is doing actual research, whether formal or informal, whether about matters deep or simple, and whether they are Christians or atheists. 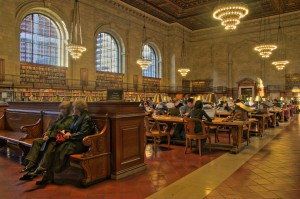 By contrast I’m not engaging in research; I’m engaging in study.  I have decided, on the basis of research I won’t rehash here, that the Catholic Church is a trustworthy teacher about certain aspects of reality, and that therefore it is worth studying what she has to say.  Any student of any field of study is in a similar position: in order to study, you first have to find something authoritative to study.  The first task of a physics major is to learn physics as it is currently known, and to master it as a field of study.  The Catholic faith is no different, given that you accept the authority of the teacher.  (In the case of Catholicism I do and Cam doesn’t; that’s understood.)

A student cannot take in a large body of knowledge all at once.  There are basic principles with non-trivial (and non-obvious) remote implications; there are a myriad bushels of minutiae; and if the body of knowledge is a true description of reality then all of these things need to link up and make sense together.  The beginner will not see these connections, and even the advanced student will not see all of them.

Coming to grips with these things takes time and lots of pondering, along with much actual reading.  Me, I do my pondering best in black and white.  (Thanks for coming along for the ride!)

As a Catholic, I am heir to a body of knowledge that has been accumulating for nearly two-thousand years.  That it does all fit together I have no doubt; generations of great minds have participated in fleshing it out.  Some questions remain unanswered, but even there the shape of the answer is usually known—which is to say that we’ve rejected lots of answers that don’t fit with everything else.  It would be distinctly odd if it didn’t all hang together on its own terms.

Cam describes the way I think as working backwards from a certain conclusion, and in a sense that’s true.  But it’s the same kind of thinking any student does when faced with two points of knowledge that he hasn’t yet connected: he starts with his fixed points, the things he knows are true, and works out how they make sense together.

Faith does play a role, as Cam notes, but it isn’t quite as direct a role as might be thought.  Faith in this sense is a trust in God, and in His ability to preserve the Church as custodian of His revelation.  It’s because of that trust that I accept the teaching of the Church and have chosen to study it.  Cam naturally doesn’t have that trust.

In short: I am simply not trying to prove the details of the Faith from first principles.  Rather, I’m trying to explain what I believe, and how it connects to other things so as to give a clear picture of it.  I intend to express Catholic teaching faithfully, but I do not expect Cam to accept Catholic teaching as simply true just on my say so; indeed, absent that trust in God and His Church he’d be a fool to do so.  (See St. Paul, who noted that the Crucifixion is a stumbling block to the Jews and folly to the Greeks.)

A final note: Christianity is not primarily a body of knowledge to acquire, but a relationship with the risen Jesus Christ through prayer and His sacraments.  All Christians should have a basic knowledge of the Faith (sadly, many do not), but advanced knowledge of theology isn’t a requirement.  I’m working slowly to acquire it; as a Lay Dominican, time spent in study is a fundamental part of my relationship with Jesus.  Other Christians have other emphases.  This is one reason why atheists might find discussions with Christians frustrating.

July 27, 2015
Today's Aquinas: Born of the Father Before All Ages
Next Post 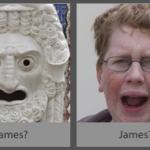 July 29, 2015 On the Making of Faces
Recent Comments
0 | Leave a Comment
Browse Our Archives
get the latest from
Catholic
Sign up for our newsletter
POPULAR AT PATHEOS Catholic
1