What’s in a Confirmation Name

What’s in a Confirmation Name May 23, 2016 willduquette 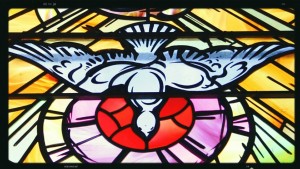 We usually attend the evening mass on Sunday; and for an added treat, yesterday’s mass was also Confirmation for our teenagers with our new auxiliary bishop, Joseph Brennan. I liked Bishop Brennan and the way he spoke to our confirmandi very much.

And then, of course, as the sacrament proceeded we got to listen to their confirmation names, which is always interesting. Two of my children have been confirmed in the past few years, and I have two more to come, and it’s interesting to look for trends.

The choices this year surprised me. There was only one Therese and only one Teresa, which is down from last time. Usually there are two or three of each. There was the usual crowd of Francises, although this time a couple of them were young ladies. Possibly those were actually Frances of Rome or Mother Cabrini rather than Francis of Assisi, but there were a number of young ladies who definitely took male saints as their patrons, something I’ve not personally run into before. Dominican saints were down this year: there were two Roses, about par, a Martin, and a Thomas; but the Martin could just as easily be Martin of Tours as Martin de Porres, and I expect the Thomas was Thomas the Apostle. There were no Dominics or Benedicts, but there was a Maximilian, an Augustine, and a Perpetua! The biggest surprise was that we had not one but two Sharbels.

All in all, it was a lovely mass, and quite moving. Good stuff, all around.

I don’t have any pictures, because we were forbidden to take any…and rather to my surprise, I didn’t see anyone defy the ban.

May 24, 2016 Tuesdays with the Talking Head
Recent Comments
0 | Leave a Comment
Browse Our Archives
get the latest from
Catholic
Sign up for our newsletter
POPULAR AT PATHEOS Catholic
1