So far in this series I’ve focussed on things that have worked for me in my pursuit of the interior life. Today, I’m going to talk about something that hasn’t worked for me: spontaneity…by which I mean, praying in my own words as opposed to using set prayers.

Don’t get me wrong. Spontaneous prayer is a good thing. If you feel moved to pray, to tell God what’s going on, or to ask for help, or to rejoice at a sunrise or the face of your child, go to it! Knock yourself out. As I said, when you’re moved to pray, God’s calling. When it happens, go with it.

But I’ve also pointed out that ultimately we need to make regular time for prayer. And while spontaneous prayer is a great thing when you’re so moved, it really fails as a planned activity.

I have gone through the following cycle of events more times than I can count. I resolve to pray for a certain time every day. The first day I sit down, and spend time talking with God, spontaneously. Often I’ve tried to use the “ACTS” framework—adoration, confession, thanksgiving, supplication—but within those categories I use my own words. And it works! God wants us to pray, and He’ll help us to get started.

By the end of the week, I’ve settled down into a pattern. The words are still mine, but they tend to be more or less the same day after day.

By the end of a month (two or three at most) I am thoroughly bored with my own words, and I get tired of saying them over and over, and I am unutterably weary with being SPONTANEOUS.

And as soon as there’s a reasonable reason to skip my prayer time, I do; and then I don’t have a regular prayer time anymore.

As I say, this has happened to me any number of times over the last thirty years. It lasted up until late 2007/early 2008, when I ditched planned spontaneity in my regular prayer time and tried something new…and by God’s grace, I’m still doing it today. I’ll talk about that next week.

Note: I first wrote this post a couple of years ago. These days, I’m finding more of a place for spontaneous prayer in my regular prayer times—but still, it builds on the regular liturgical prayer that I do every day, rather than being the main course.

November 30, 2013
On the Purity of the English Language
Next Post

December 2, 2013 Fifteen Views of Christians by Non-Christians
Recent Comments
0 | Leave a Comment
"You should update your bookshelf page accordingly."
3vil5triker . In which the Blogger is Very ..."
"You need to change the "KS" photo. It's of KANSAS CITY, MISSOURI. It is not ..."
Nessy Meme Watch: Economic Bullsh*t
"This has been on my wish list for a while. Sounds like I need to ..."
Rebecca Fuentes The Apostasy That Wasn’t
"Is not the “splendor of heaven” the presence of God in all His glory, of ..."
jayne_wayne Splendor Fatigue
Browse Our Archives
Related posts from Cry 'Woof' 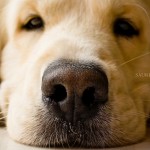 Catholic
You Can't Change Him...But He Can Grow
Cry 'Woof'