S’Mary’s World: The Wars of Irreligion 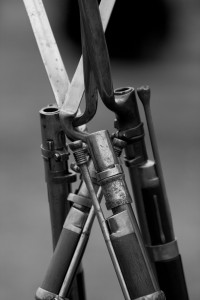 The first settlements on S’Mary’s World were run along the lines of monastic communes: the people of the settlements, though not professed religious, lived, farmed, worked, and built their homes and infrastructure together, and held it all in common. The settlement’s church was usually the first permanent structure, and, as many of the colonists were tertiaries of various orders, an abbreviated form of the divine office was usually sung or said each morning and each evening.

As the second and third generation of colonists grew to maturity and the settlements began to grow, this communal life became unwieldy and the settlements began to be organized in family households. Households began to specialize, with particular skills (e.g., shoemaking, tailoring) being passed down in families. The church remained the center of each settlement; and as the population grew many settlement churches turned into true monasteries. These monasteries provided the settlement schools, and worked with the Albertines to pass needed knowledge and technology to the people of the settlements. There was never a conflict between science and faith on S’Mary’s World, as the Prefecture and the religious orders were closely associated with scientific and technological progress in both the popular mind and in actuality.

The original settlements were carefully planned and positioned near various kinds of natural resources, and were thus from the earliest days bound together in a network of trade and interdependence. As they grew and prospered, however, settlements naturally began to compete for land and other resources, with those within the interior of the network feeling the pinch first. This led to the first significant inter-settlement conflicts, which were occasionally bloody, but were constrained and moderated by the influence of the Prefecture as enforced by the Knights Particular.

In time, and as settlements grew out of proportion to the size of their core monasteries, the influence of the monasteries began to wane. Guilds, long existing as benevolent societies for the members, became more powerful, and as nearby settlements merged (peacefully in many cases, forcibly in others) the settlements began in the late fourth and early fifth centuries to be full-fledged city states. Although the Order of St. Albert was disinclined to promulgate those weapon technologies found in the Archive, increasing population meant that technological progress was no longer strictly dependent on the release of historical documents, and hence was no longer strictly within the purview of the Albertines. The rediscovery of gunpowder, unsuccessfully suppressed by the Prefecture, led to a renewed round of conflict between the new city states. Because these wars were conducted in defiance of the authority of the Archprefect, they became known as the Wars of Irreligion. The wars are generally said to have begun in 415 YOE with a series of battles between the states of Fatima and Guadalupe, and continued sporadically until the beginning of the Great Plague in 532 YOE. The recovery from the wars and the plague continued until the Times of Exile came to an end in 633 YOE.

January 23, 2014 Words I Wish I'd Written: Solitary Rocks
Recent Comments
0 | Leave a Comment
"You should update your bookshelf page accordingly."
3vil5triker . In which the Blogger is Very ..."
"You need to change the "KS" photo. It's of KANSAS CITY, MISSOURI. It is not ..."
Nessy Meme Watch: Economic Bullsh*t
"This has been on my wish list for a while. Sounds like I need to ..."
Rebecca Fuentes The Apostasy That Wasn’t
"Is not the “splendor of heaven” the presence of God in all His glory, of ..."
jayne_wayne Splendor Fatigue
Browse Our Archives
Related posts from Cry 'Woof'