So I was wondering what to say about writing today, beyond that it was a busy weekend and Watchman for Daybreak is only 1,000 words longer, when I saw Elizabeth Duffy’s post this morning and said, “A writing meme! I can do that!”

1. What are you working on?

At the moment, mostly Watchman for Daybreak, a novel about the founding of S’Mary’s World; but I’m also collecting up all of the material I’m currently writing about Thomas Aquinas and his philosophy and theology, and who knows? That might turn into a book as well. And some day Real Soon Now I need to make my previous novel, Vikings at Dino’s, available to my possibly adoring fans. Oh, and the blog. And a day job. And RCIA. And my family. (These are not in priority order.) And getting enough sleep; that’s a hard one.

2. What makes your work different from others’ work in the same genre?

But seriously…. I’ve always been a reader of science fiction and fantasy, and it’s fantasy that I naturally gravitate towards as a writer. But I’ve got a very broad notion of the fantasy genre, and I’ve got no desire at all to write one more Tolkien clone or to try to beat Brandon Sanderson (to name a current favorite) at his own game. If I’m writing something, it’s because the idea intrigues me, and I want to see where it goes; and if I already know where it goes because twenty other writers have taken it to the same place, that’s no fun.

I can’t promise that my work is entirely unlike everyone else’s, because I haven’t read everyone else’s. But while I have lots of influences, I’m not aware of hewing too closely to any other writer’s line.

I’m only half joking. Vikings at Dinos got written because I had just gotten an iPad, and I was sitting at a local burger joint with a book and the iPad and thought, “You know, I could start writing a book right here.” This led to a bit of a scuffle.

“No, I don’t want to do that,” I thought. “If I get started, it’ll take forever to finish, and I won’t have time for other things.”

“Oh, but look,” I thought, “I’ve got everything I need right here!”

“Well, but what if a horde of screaming vikings burst in the from the parking lot, and started kicking butt and taking heads?”

“No—wait. Why would that happen?”

And then I was off, because the other reason is that I want to find out what happens, and the only way to do that is to write the darn thing.

4. How does your writing process work?

First I get an idea, and I carry it around in the back of my head. Ideas tend to pop out at me at odd moments: driving to and from work, in the shower, while going for a walk, and like that. I accumulate these, and sometimes I make some simple notes; but I never work out a scene in full detail until I’m ready to actually write it down, and I never talk about anything that isn’t written down yet.

Usually I leave the house to write. On a Saturday morning I’ll go back to that same burger joint and have breakfast, and then stay and write for a hour or two; or I’ll hit a coffee place while my daughter is at dance class, and buy a small cup of (black) coffee and write while I’m waiting. These days I’m writing on an iPad with a Logitech bluetooth keyboard

. I compose in Textilus, and sync that with Scrivener.

I tend to revise as I go. I’ll write a scene, or part of a scene, during one session, and during my next session I’ll go back over it again and make changes and additions before going on to a new scene. My first drafts often lack a good sense of place, so I usually need to add more incidental description; and I often find that details that were clear in my head didn’t make it into pixels the first time.

Once a passage is written, I’ll often read it aloud to Jane; in my view, good prose flows off of the tongue when read aloud, and bad prose doesn’t. (This doesn’t mean that good prose is necessarily smooth; in a scene of violence, violent, choppy prose might be appropriate. But it will still read aloud well.)

I read every section of Vikings at Dino’s to Jane and my friend Ian as it was written, and made the necessary fixes; and then, when it was all done, I read it to my kids without telling them that I’d written it. Their first words when I was done: “Is there a sequel?” I said, “No, I haven’t written it yet,” and there was general disbelief. 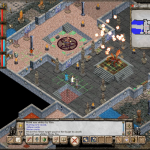 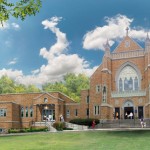 May 1, 2014 Support the Dominican Nuns!
Recent Comments
0 | Leave a Comment
Browse Our Archives
get the latest from
Catholic
Sign up for our newsletter
POPULAR AT PATHEOS Catholic
1

How White Men Lost the Meaning...
suspended in her jar
Related posts from Cry 'Woof' 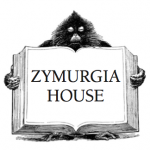 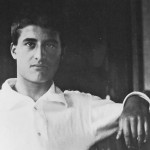