The Apostasy That Wasn’t 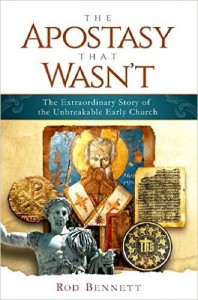 Way back in 2005 while investigating the nature of the Early Church I found and read Rod Bennett's Four Witnesses. In that book, Bennett traces a golden thread from the Apostolic Age through the end of the second century, by way of Clement of Rome, Ignatius of Antioch, Justin Martyr, and Irenaeus of Lyons. It was while reading Justin Martyr's description of the Mass that I uttered a rude word. See, I was an Anglican in those days…but the Mass Justin Martyr described was recognizably the Mass I'd grown up with as a Catholic. It took two more years and lots of prayer and study for me to return home to Rome, but my trajectory was pretty well set in that moment.

Consequently, when Bennett announced a book about Emperor Constantine and the Arian heresy I jumped on it; and I have to say I enjoyed it thoroughly.

Just as Four Witnesses arose from Bennett's personal attempts to come to grips with the Early Church, so also The Apostasy That Wasn't. In certain circles of Evangelicalism it's an article of faith that the Early Church suffered the Great Apostasy around the time of Constantine, leaving only a small faithful remnant of believers hidden somewhere while the broader church wandered off into error for over a thousand years. The amusing truth is that there was a great rising of apostasy during that time period, but it ultimately failed and orthodox was saved.

As before, Bennett draws a golden thread of orthodoxy from St. Antony of Egypt, who entered the desert prior to the persecutions of Diocletian, through Antony's protege Athanasius who defended the orthodox faith against the Arians at the First Ecumenical Council at Nicaea, then through St. Basil and the two Gregories who defended the faith against both the Arians and Emperor Julian the Apostate, before ending with the Second Ecumenical Council in Constantinople and a young lad named Jerome who went on to translate the Bible into Latin.

Along the way he draws remarkable portraits of the principle characters and navigates the complex waters of the Arian controversy with aplomb.

The Arians, in a nutshell, believed that Son was not co-eternal with the Father; their rallying cry was that "there was a time when he was not!" Athanasius insisted on the orthodox position that (A) The Son is not the Father, (B) The Father and the Son are both God, and (C) God is One, and that hence the Son must be uncreated and co-eternal with the Father. (We could get caught up in lots of hifalutin' theologically language, here; go read my series on Thomas Aquinas' Compendium Theologiae if you want to see how it worked out in the long run.)

What I hadn't appreciated was that this wasn't simply a dry theological dispute. The Arian doctrine was quite self-consciously an attempt to paganize Christianity, to revise Christianity so that it could syncretistically be identified with the highest expressions of Roman paganism, precisely to make it faith that would be acceptable to the elites across the eastern Roman Empire. In short, it was an attempt to make the Faith more worldly, and it was pushed from the top down. The rank and file were staunchly attached to orthodoxy, and made Athanasius their champion.

I've read other books about the period, but Bennett's is the most accessible and the most pleasant to read that I've yet encountered, and it's just chock-full of interesting little tidbits. I had not realized, for example, that not only were St. Basil and St. Gregory Nanzianzen contemporaries of Julian the Apostate, they had all gone to school and been drinking buddies together in Athens. It's a small world.

Anyway, if you've gotten this far in the review you're clearly a member of Bennett's intended audience; so go buy his book already!

And don’t forget to read Vikings at Dino’s! 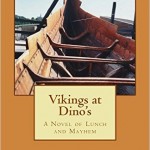 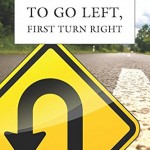 June 1, 2016 To Go Left, First Turn Right
Recent Comments
0 | Leave a Comment
"You should update your bookshelf page accordingly."
3vil5triker . In which the Blogger is Very ..."
"You need to change the "KS" photo. It's of KANSAS CITY, MISSOURI. It is not ..."
Nessy Meme Watch: Economic Bullsh*t
"This has been on my wish list for a while. Sounds like I need to ..."
Rebecca Fuentes The Apostasy That Wasn’t
"Is not the “splendor of heaven” the presence of God in all His glory, of ..."
jayne_wayne Splendor Fatigue
Browse Our Archives
Related posts from Cry 'Woof' 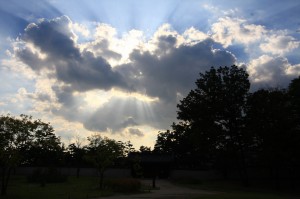