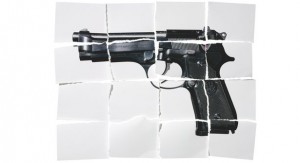 As the conversation invariably moved over to gun bans and gun control in the horrific wake of last Friday’s massacre, I recalled Jeff Goldberg’s piece in a recent Atlantic. There are 300 million guns already in the hands of Americans. Another 4 million new guns enter the market each year. The dog is off the leash for good. The question remaining is what to do with a whole country that’s locked and loaded. I get that we Americans are enthralled to violence: television, movies, gaming. We witness so much bloodshed on screens, cheer for it so much at the movies and vicariously playstation so much of it happily ourselves that it’s not impossible to imagine some total nut-job addict doing what happened, even if it is impossible to accept. But none of this is going to change as long as we love violence so (and are willing to shell out billions of dollars to give it to each other each Christmas in DVDs and Xbox or whatever).

Goldberg says arm the teachers (he’s writing this before last Friday mind you). The brave women who threw themselves at that Newtown nutjob only to get killed had no chance of stopping the guy. Had they been trained and armed, however, they might have done some damage and saved the lives of some of those kids. Put those other 2,999,997 (and counting) guns to good use.

In 1997, a disturbed high-school student named Luke Woodham stabbed his mother and then shot and killed two people at Pearl High School in Pearl, Mississippi. He then began driving toward a nearby junior high to continue his shooting spree, but the assistant principal of the high school, Joel Myrick, aimed a pistol he kept in his truck at Woodham, causing him to veer off the road. Myrick then put his pistol to Woodham’s neck and disarmed him.

I don’t own a gun. I’m not going to buy a gun. I can’t remember ever firing a gun. I would probably shoot myself by accident if I did. But I come from a gun-toting family, hunters and castle-keepers who are armed and know how to shoot (I remember my dad’s pistol in his bedside table drawer). I know what they think the answer is to the maniacal violence, and it ain’t anything no sissy liberal (or peace-loving pastor) would ever advocate.

We live in a gun-saturated country where people insist on and the law supports the right to defend themselves. Mass shootings kill so many because nobody is shooting back at the killers. Goldberg writes that “law-abiding, well-trained, non-criminal, wholly sane citizens who are screened by the government can play a role in their own self-defense, and in the defense of others.”

Canada, on the other hand, has a low-rate of gun ownership and strict gun laws. I only live five hours south. 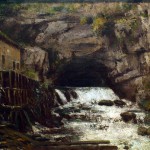 December 21, 2012 "Holy Innocents" and the Birth of Jesus
Recent Comments
0 | Leave a Comment
Browse Our Archives
get the latest from
Evangelical
Sign up for our newsletter
POPULAR AT PATHEOS Evangelical
1