In the last year, I have become unknowingly familiar with “Progressive Christianity.” It wasn’t that my aim was to move further left on any spectrum of ideals. More so, it was that as I continued to shed layers of the constructed cloaks I was wearing— the more naked my views were—the more accepted they were by left-leaning thinkers.

I was invited by more progressive thinkers to share my thoughts. The progressives, I thought, were more willing to handle me as I was questioning everything. As I made the conscious decision to jump out of my box to be free of the beliefs and labels that I had once attached to myself; I started trusting others to catch me once I jumped free. Stupid mistake.

When you jump out of the box—deconstruct, awaken, enlighten oneself—people expect that you will be ready to jump into another box. A spacious box that will contain your growth. And others will help you decorate it. Glitter? Check. Rainbows? Check. The right theology? Check. These friends want your box to be so attractive and inviting that everyone will want to be in the same box as you.

Except, I just jumped out of a box. I don’t want to be put back in another one.

Once I jumped out of my box, I began reading the labels of other boxes available. There are all sorts of boxes you can put yourself in. There’s a feminism box, a box for allies of the gay community, the anti-racist box (which was the most inviting one of all, initially). There is also a box for “post Christians.”

So, I stationed myself near these various boxes. I listened. I read. I researched everything. And then, I would pop off and accuse everyone who couldn’t be put into those boxes of false Christian practices.

I tried really hard to sit in the feminism box. The problem was that I could not sit comfortably in such a box and bring logic in with me. Love women hate all these types of men…hate all men(?).  I ended up calling my husband sexist more times than I care to remember. Of course, when I also pointed out that the people who decorated my box were still perpetuating the patriarchy, I was met with gasps and “how dare you!” They couldn’t possibly be sexist, they were progressive. They were woke!

Speaking of being woke. The same tragedy occurred with the anti-racism box. It was such a lovely invitation to identify as an ally that I was swept up in labeling everyone a racist. And then logic appeared, again, and couldn’t fit into the box.

Logic doesn’t want to be boxed in and limited to fit a narrative. That’s why these boxes don’t suit me. Again, I jumped out of a box. I wanted to be free. So, why would I be content with others trying to put me back into a box? It was a contradiction of my deconstructing.

Speaking of deconstructing. This process that pervades progressive Christianity is not wholly bad or problematic. It’s good to shed the layers. It’s very brave for people to take all that they have known and throw it all away so that they can move toward a rediscovery of who they are. If you ask me, that should be a constant in our lives. We should always be learning and unlearning throughout our lives. If we are truly seekers, we will not find any complacency or comfort in stopping the search, no matter how sparkly a box may be.

Unfortunately, so many just stop. They come to a plateau and set up camp. And then they turn their camp into a community and place a name on the community and invite others to join. It’s a programming that we cannot seem to break. It’s because we are tribal creatures and it’s so damn hard to crack that programming algorithm.

It’s especially difficult for post-Evangelical, post-fundamental, post Christianese types. And sadly, from my experience, they turn out to be Bible- slobbering, patriarchal bullies. They’ve rejected conformity, they say, only to create a new conformity in which a select few can be apart of. A new nonconformist community with most male subscribers.

They become box-dumpers. They want to help others break free of their boxes, so they go around shoving people out. It’s funny, because I didn’t need anyone to help me out of my box. I jumped! I was so happy to be free. But the same people that want to dump others from their boxes will be the first to place them in another box. As I mentioned, they even help you decorate it.

The patriarchal bullies slather woke labels all over themselves as they come and kick you free from your box, whether you were ready to break free from it or not. And if they placed you in a box, they have the right to kick you out of it as well. They will tell you that your limitless thinking isn’t in line with their boxed way of viewing things. These self-professed “heretics” will cast you as a heretic of the worst kind. A box- less way of living is heresy if the heretics don’t approve. That’s the way it goes.

It’s all rather ridiculous. These are the people that go thumbing their noses at everyone else after breaking free from their evangelical and fundamental boxes; they call out those who live by the patriarchal practices of the past. Yet they fail to see in almost every regard, how they themselves perpetuate the patriarchal patents they claim are dangerous and destructive to the Church.

It’s as if they have forgotten what it was like to be in a box and believe everything that was contained in that box. Now that they are out, all those who are still in a box must either really enjoy being hateful bigots or are too ignorant to climb out themselves. What rather low views of humanity we pick up once we free ourselves from the box, wouldn’t you say?

They appeal to all, rather deceptively, however. They say “MacArthur is an idiot. Women can and should lead churches. We have much to learn from women.” But don’t you dare try to lead the conversation with them. Don’t you dare ask them questions for clarification. Oh Lord, the hell storm of fury and wrath unleashed when a progressive woman goes toe to toe with progressive men is painfully treacherous.

The patterns of the patriarchy are so entangled in their programming, that even if they claim they support women, their actions rather blatantly display they do not. Do they encourage women? Not if a woman contradicts them. Do they learn from women? Only if they can have a token woman on their podcast. Do they edify female scholars? Do they even know that female bible scholars exist? That’s a better question to ask.

Don’t dare confront them, however. Confrontation is damaging to their ego as well as their box. If you shake their box, if you point out that they are still putting themselves in a box, or that the coveted Bible scholar that they slobber over is creating new boxes; they will unleash patriarchal parroting ad nauseum.

I have tried. Both with the willful wokeness of the progressive patterns and with the compassionate contemplative curiosity of mystics and the awakened. Neither approach seems to break through their box. Box dumpers want everyone out of their boxes, but they are the last to admit they are still in one.

I say leave them to their boxes. Leave them to their labels. Move on. Box dumpers are a dime a dozen, and wade in the waters of religious deconstructionism. They won’t express their beliefs until they can qualify it with some ambiguous biblical text that they can manipulate to fit the narrative they want. They sell shame disguised as “calling evil by its name.”  They will shut you down, cancel you, block you, and destroy any potentiality for your own personal progress should you dare encourage them to process and reflect.

Leave the box dumpers be. Keep stripping down your layers. You don’t need anyone to qualify or validate what you are going through. The patriarchy does not get the final say on how one should reconstruct their belief system.

To the box-dumpers: Stop trying to dump people out of their boxes. Remember, you jumped out of yours.

November 24, 2019
Beatitudes, Beggars, and Bezos: Are We Down with Orthopraxy?
Next Post 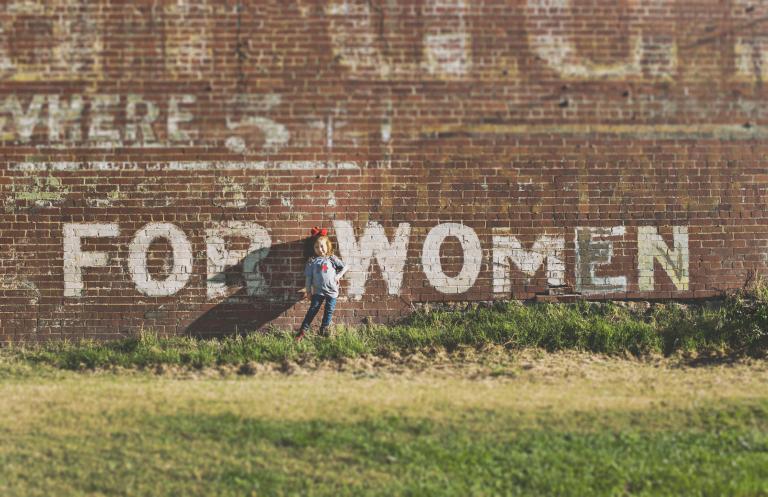 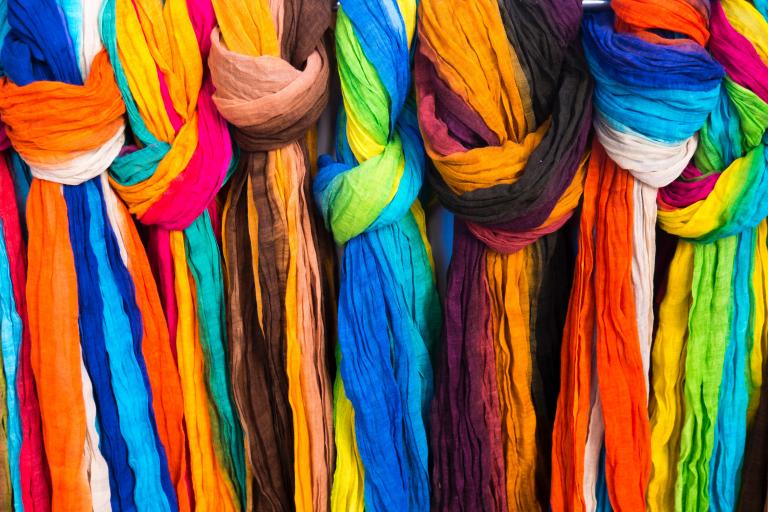 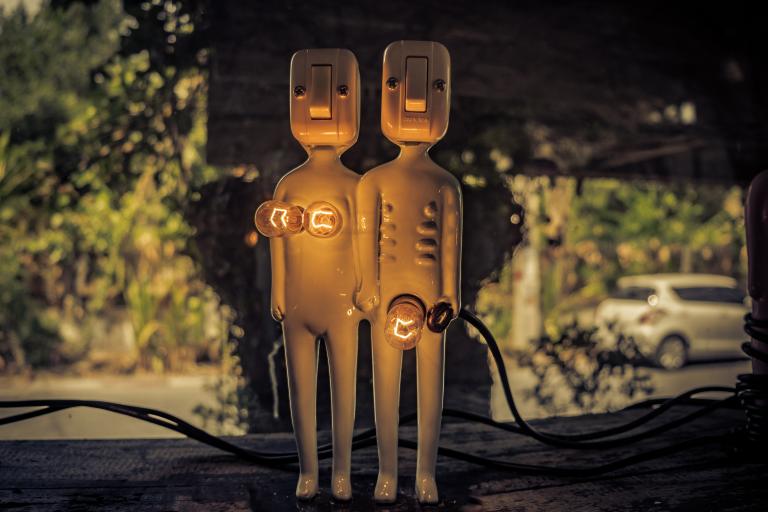 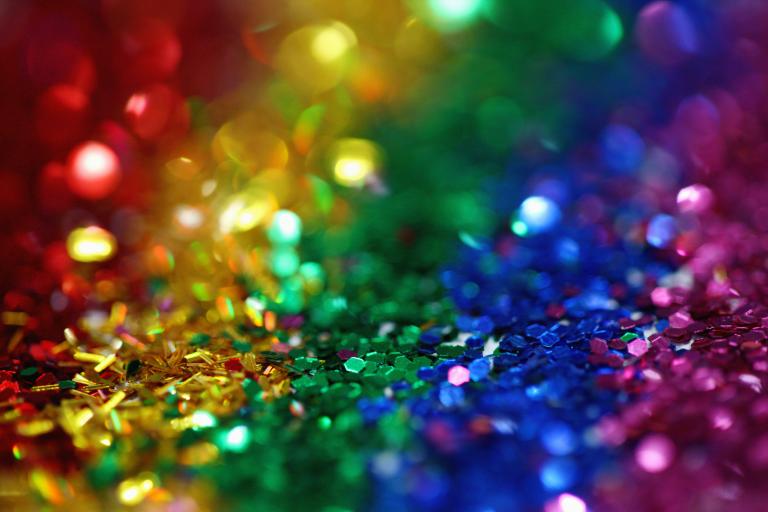