Why Christmas is necessary

I’ve been struck, over the past few days, by the number of people who have lost close relatives or friends this Christmas season.

I posted an entry about one of them earlier today, under the title of “The passing of a truly remarkable Latter-day Saint.”  And here’s a sad new story from the mission field in Africa:  “Mormon Missionary Serving in Nigeria Passes Away.”

I don’t know whether the number, from within my broad circle, is actually higher than normal or whether it just seems so to me.

In any case, my heart breaks for them.

In one respect, Christmas is an especially terrible time to lose a good friend or a dear family member.  It’s easily possible to imagine that, forever after, Christmas celebrations will be dimmed by memories of tragedy, pain, and loss.

One the other hand, Christmas is an unusually good time for such losses, if they must come, because it’s a time of joy that reminds us of the hope that we have, the hope that such losses can be made good, that human relationships can be restored, that nothing of ultimate value will ultimately be lost.

I was moved by this “Mormon Messages” video:

In some small measure, I know what he went through.  I experienced the anger, the pleading, the tearful driving to and from the hospital, even the pounding on the bed during agonized prayer, when, back in June 2014, our first-born grandchild lay dying.  I remember, too, watching my mother’s pulse slow and then stop when my brother and I made the horrible decision to disconnect her from life support.

I know what the Gospel means to me.

For those who have recently experienced the death of a loved one, or who are facing it now, I offer a trio of quotations from the Swiss-American psychiatrist Dr. Elizabeth Kübler-Ross (1926-2004), whose pathbreaking 1969 book On Death and Dying revolutionized the way we treat the terminally ill:

“When we have passed the tests we are sent to Earth to learn, we are allowed to graduate. We are allowed to shed our body, which imprisons our souls.”  (The Wheel of Life, 1997)

“Death is simply a shedding of the physical body like the butterfly shedding its cocoon. It is no different from taking off a suit of clothes one no longer needs. It is a transition to a higher state of consciousness where you continue to perceive, to understand, to laugh, and to be able to grow.”  (Life Lessons, 2000)

“During those out-of-body trips, dying patients become aware of the presence of beings surrounding them who guide and help them. This is the first reason you cannot die alone. Young children often refer to them as ‘their playmates.’ The churches have called them guardian angels. Most researchers would call them ‘guides.’ It is not important what label we give them. It is important that we know that from the moment of birth, beginning with the taking of the first breath, until the moment when we make the transition and end this physical existence, we are in the presence of these guides or guardian angels. They will wait for us and help us in the transition from life to life after death.

“The second reason why we cannot die alone is that we will always be met by those who preceded us in death and whom we have loved. This could be a child we lost, perhaps decades earlier, or a grandmother, a father, a mother or another person who has been significant in our lives.”  (Death is of Vital Importance, 1995)

On a slightly different subject:

Much has been written in the past few years about the dramatic decline of organized religion in the United States and of the surprisingly abrupt surge of the religious “nones.”

I’m convinced that this trend cannot be properly understood apart from the larger context of the decline of community more generally and our decreasing rate of marriage-formation.

Here’s an article that touches on that context:

I was fishing in related waters for this Deseret News column, which was published on 24 July 2013:

“Faith and family depend upon each other”

And here’s a piece on the possible implications of the trend:

“Can America Survive as a Post-Christian Nation?” 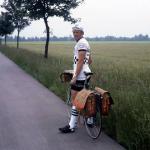 December 27, 2017
The passing of a truly remarkable Latter-day Saint
Next Post