The Intuition of Design

Douglas Axe received superb training in engineering and molecular biology.  After completing undergraduate work at the University of California at Berkeley and earning his doctorate at Caltech (the California Institute of Technology), he went on to post-doctoral work and then to a research scientist position, both at the University of Cambridge in the United Kingdom.

I’ll be extracting some notes from his book Undeniable: How Biology Confirms Our Intuition That Life Is Designed (New York: HarperCollins, 2016):

“By elementary-school age,” she wrote, “children start to invoke an ultimate God-like designer to explain the complexity of the world around them — even children brought up as atheists.”  In fact, Deborah Kelemen, a psychology professor at Boston University, found that even highly trained scientists are unable to fully rid themselves of the innate impression that there is purpose underlying the living world.  According to her, “Even though advanced scientific training can reduce acceptance of scientifically inaccurate teleological explanations, it cannot erase a tenacious early-emerging human tendency to find purpose in nature.”  (19)

I’m reminded of the anthropologist Stewart Elliott Guthrie’s 1993 book Faces in the Clouds: A New Theory of Religion, in which he argued that religion is a “systematic anthropomorphism” because our evolutionary development encouraged us to be quick at detecting “agents” — e.g., predators — for the sake of survival and avoiding danger.  That’s why we can so easily see “faces” in clouds and other random patterns.  If a tiger was lurking in the grass, those who could pick its face out quickly had better chances of living through the day.  So we impute agency, personality, and purpose to nature.

There are, of course, at least two diametrically opposed ways of viewing this sort of thing.

One way is to regard religion as reflecting the hypertrophy of what was once, but presumably is no longer, an evolved attribute that conferred survival advantage (and, thus, reproductive advantage).  It’s something that, since we’re no longer primitive hunters and gatherers, we should now try to outgrow.  (One advocate of that view regularly comments here on this blog.)

Another way is to regard theism as the natural tendency of a normally functioning human intelligence — and to see this as a good thing, perhaps even divinely bestowed.

One loser in this regard, as in others, is poor Sigmund Freud, who insisted that religion is not only an “illusion” but a disease, a “collective neurosis.”  (Evidence that religious belief and affiliation are actually, literally, healthy has been accumulating for years, and Freud’s notions haven’t stood the test of time very well.)

But back to Douglas Axe, who quotes the first-century Greek historian Plutarch (from an essay titled Fortune [aka “Chance”] as expressing an intuitive sense of design in nature:

But can it be that those things which are most important and most essential for happiness do not call for intelligence, nor have any part in the processes of reason and forethought?  Nobody wets clay with water and leaves it, assuming that by chance and accidentally there will be bricks, nor after providing himself with wool and leather does he sit down with a prayer to Chance that they turn into a cloak and shoes for him.  (22)

February 5, 2018
The Mountain of the Lord's House
Next Post 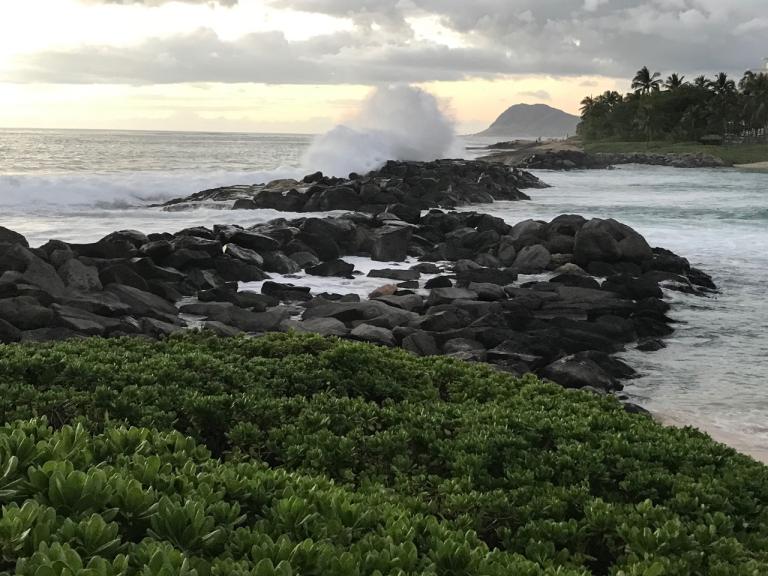