Most of the exoplanets that scientists have discovered thus far were found by what is called “the transit method.”  Astronomers watch distant stars for fluctuations in their brightness that seem to be caused when orbiting planets pass in front of them.  With careful observation, it’s possible to measure the planet’s size.  But it can’t tell us much more:  Venus and Earth are very similar in size; a distant extraterrestrial observer would find it difficult to distinguish between them.  Venus and Earth formed under very similar conditions, and Venus may once even have had oceans, perhaps earlier than our planet.  But Earth has hosted life for roughly four billion years, whereas the conditions on Venus are lethal.

It’s true that we can measure the distance of far away exoplanets from their stars, and we can guess whether or not they’re in their star’s “habitable zone,” the region near the star where a rocky planet might possibly have liquid water on its surface.  Manifestly, Earth is in this zone for our star, the Sun.  But Venus may once have been, as well, and maybe for a very long time.  Has it moved?  Not necessarily.  As the Sun’s luminosity increases with age, the habitable zone moves outward.  So Venus is now inside the line where that zone begins.  A runaway “greenhouse” effect long since burned its oceans away — probably at least a billion years ago — if it ever had them.  Surface temperatures on Venus are nearly 800 degrees hotter than on Earth, hot enough to make rocks glow.

What happened?  Why?  Does Venus represent the ultimate fate of all habitable planets?

The study of Venus is extremely difficult, because (among other reasons) of the difficulty of peering through its thick and toxic atmosphere, which is partly made of sulfuric acid.  Air pressure at the planet’s surface is approximately the same as water pressure on Earth at 3000 feet below sea level.

Some scientists, however, think that Venus’s atmosphere was once Earth-like.  But the planet now lacks a magnetic field to repel the solar wind — the stream of radiation that flows from the Sun — and that accordingly, that wind eliminated Venus’s water, dissociating it into oxygen and hydrogen ions and blowing them off into space.

At this point, our only data from the actual Venusian surface were gathered by four Soviet Venera landers that survived for barely a few minutes each after touching down.  Other than that, we rely on decades-old information from the Magellan orbiter.

It’s time for a new NASA mission to Venus.

January 25, 2019
A new era in Latter-day Saint scholarship on the New Testament
Next Post 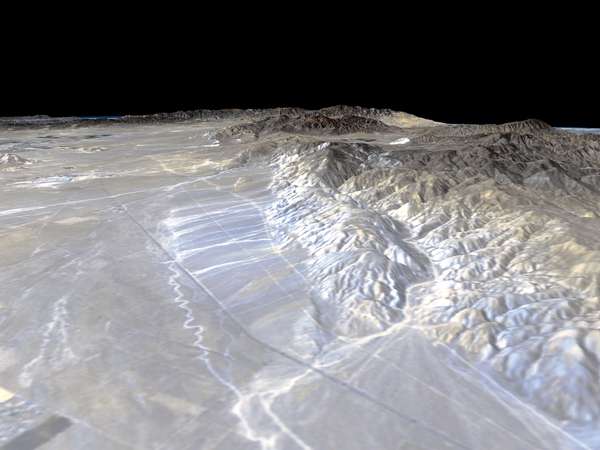