From my readings: “Nothingness” in ancient Egyptian thinking

I continue here with some notes from John H. Walton, Genesis 1 as Ancient Cosmology (Winona Lake, IN: Eisenbrauns, 2011).  I see them as potentially relevant to such varied topics as the idea of creation ex nihilo, understanding the story of creation presented in the first chapters of Genesis, and properly interpreting the “destruction” of the Nephites and especially of the Jaredites in the Book of Mormon:

Walton cites the eminent Egyptologist Erik Hornung, now retired from the University of Basel in Switzerland:

“that which is nameless does not exist,” implying that material properties are not criteria for the distinction [between existent and nonexistent] . . .  With this distinction between existent and nonexistent in mind, we see that, for the Egyptians, creation did not involve transformation of the nonexistent into the existent (which is what most moderns would most easily consider to be the definition of “creation”).  Instead, space is created for the existent as the nonexistent is pushed behind boundaries or beyond limits while yet remaining alongside that which is existent. . . .  When a pharaoh such as Ramesses II is said to “make rebellious foreign lands non-existent,” it does not mean that he annihilates them or sends them into oblivion but that he drives them out of the realm of the existent beyond the boundaries into the realm of the nonexistent.  Hornung offers his summary conclusion:  “For [Egyptians] the nonexistent is the inexhaustible, unrealized primal matter.”  (25)

One could say that in Egypt “the nonexistent” signified quite generally that which is inchoate, undifferentiated, unarticulated, and unlimited; or in affirmative form, the entirety of what is possible, the absolute, the definitive.  In comparison with the nonexistent, the existent is clearly defined, and articulated by boundaries and discriminations.  (26)

Walton in his own voice, commenting on the foregoing:

This Egyptian view of nonexistence is not found throughout the ancient world and thus constitutes a unique element of the Egyptian cognitive landscape.  But the inchoate nature of this nonproductive, nondiversified, nonfunctional precosmic state is evidenced more widely and in a variety of forms, as can be discerned by evaluation of the literature left by other ancient cultures. . . .  [T]he Egyptian view of nothingness/nonexistence points to the fact that the Egyptian ontology was nonmaterial.  It is this belief that we will show was common throughout the ancient Near East.  (26)

[Postscript:  To those who eagerly scan these blog entries in hopes of finding evidence of plagiarism:  The entries that I identify as “notes” are, as I say, notes.  In the particular case above, they are notes from John H. Walton, Genesis 1 as Ancient Cosmology (Winona Lake, IN: Eisenbrauns, 2011).  They are notes from that text.  I do not count them as my original creation.  I do not count them as a publication of mine.  They are notes, of the kind that I would, in the old days, have written onto an index card or into a notebook for future use.  I share them here because I think that some might find them of interest, and also because using them as blog entries gives me an incentive to extract them from my readings.  (It’s plainly easier and faster to read and to mark passages than to copy out notes from those marked passages, but making double use of them [here currently, and as resource material for a planned future book] makes the task more agreeable to me.)  Sometimes, as here, they will be all or mostly actual quotations.  Some other times, they will all or mostly be my closely paraphrased jottings, or something in between the two.] 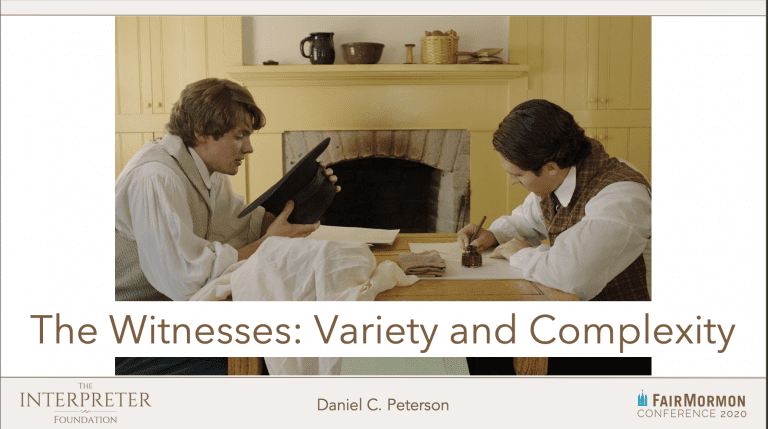 Latter-day Saint
Answers to questions that were submitted after my...
Sic et Non