A new article for Interpreter: A Journal of Latter-day Saint Faith and Scholarship has gone up on the website of the Interpreter Foundation.  This one is by John Gee.

Abstract: John Gee gives us a sketch of the divine judgment as presented in the gospel of John. “In John’s gospel, the individual is the defendant; Jesus is the judge; the devil is the prosecuting attorney; and the Holy Ghost is the defense attorney.” Somewhat surprisingly, this model “fits more closely the Roman model of judgment than the Jewish one.” He concludes with a lesson for the reader: “Since all will have to stand before the judgment bar, all of us will need to heed the counsel of our defense attorney.”

Also new on the website of the Interpreter Foundation:

The discussants for the 6 September 2020 installment of the Interpreter Radio Show were Martin Tanner and Dan Peterson. In this episode, Dan Peterson discusses upcoming and ongoing Interpreter Foundation projects and publications. Due to unfortunate technical difficulties in the broadcast studio, the first hour “Come, Follow Me” roundtable was not fully recorded and has been deleted from this recording.  Which is genuinely sad because — trust me on this! — the scriptural discussion was almost certainly the most insightful and brilliant conversation that has ever occurred since the recovery of the Book of Mormon in the early nineteenth century.  Along with the scripture roundtable discussion, though, commercial and other such interruptions have also been removed.  So there’s that.

The hosts for the 13 September 2020 broadcast of the Interpreter Radio Show were Terry Hutchinson, John Gee, and Kevin Christensen. In this episode, they discussed academic integrity and the remarkable story told in the book Veritas, by Ariel Sabar. The first portion of the show is a roundtable discussing the upcoming Come Follow Me lesson #41 (3 Nephi 27-4 Nephi).  This archived and recorded version of the show has been freed from commercial and other interruptions and is made available to you at no charge.

September 22, 2020 Revision 5.9 "Enter the Abbasids"
Recent Comments
0 | Leave a Comment
"Insulting a person is the only response. And be clear adversary of the truth is ..."
Bishadi “Ritual Complexes in Mesoamerica and the ..."
"Wouldn't it at least peak your curiosity--however unreasonable it might seem?"
Jack Some Reminders
"Dr. Peterson: thank you for sharing this "post". Very intriguing. I think I'll purchase Dr. ..."
Lefthandloafer Two pillars in the contemporary study ..."
"Speaking of logical consistency, you seem to assert that the existence of God is a ..."
LB “The Grandeur of God”
Browse Our Archives
get the latest from
Sic et Non
Sign up for our newsletter
Related posts from Sic et Non 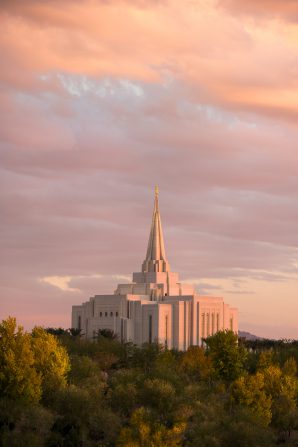