In the middle of the eighth century, a revolt commenced in far-off Khurasan, in the area of what is today Afghanistan or eastern Iran. This was an area occupied largely by non-Arabs, who resented their second-class status within the empire. The revolutionaries also appealed to the Shiites by claiming that they were acting on behalf of an unnamed member of the Prophet’s family. Pious Muslims flocked to the black banners of the rebels, hoping for an overthrow of the hated Umayyads and their worldly ways.[1] (The unnamed relative of Muhammad was the Prophet’s uncle Abbas—who had accepted Islam only at the last moment, when it became clear who was going to win. This was an omen of things to come, for those who had eyes to see it.)

In the year 750 A.D., the Umayyads were overthrown and replaced by a new dynasty called the Abbasids.[2] The capital was moved from Damascus, in Syria, eastward to Iraq., to be closer to the Abbasid power base. Soon thereafter, the Abbasids actually founded a new city, Baghdad, to be their capital. It rapidly became the unrivalled cultural and economic center of the empire and one of the great cities of human history. For those who had supported the Abbasid revolt out of idealism, however, the triumph proved a hollow one. Nearly everybody was disappointed with the results, but the disappointment was especially bitter for the Shiites and for the pious. The situation was no better than under the Umayyads. The Abbasids made no great effort to live or to rule by Islam.

Instead, they based their power solidly on sheer military force. (This was demonstrated in one of their first acts after coming to power, which was to massacre every member of the Umayyad fam­ily that they could find.)[3] Their reliance on coercion continued to be symbolized in the Abbasid court itself: The royal executioner routinely stood directly behind the caliph’s throne, a stark reminder to any who came seeking an audience with the ruler of just what kind of power he had. (As Samuel Johnson observed of hangmen, the sight of the executioner concentrates a person’s mind wonder­fully.) That Abbasid executioner serves perhaps as a fitting symbol of the summary “jus­tice” that the caliphal courts were likely to hand out in criminal and political matters.

With the dependence of the Abbasids on eastern or Persian support, and with physical movement in the direction of Iran, it is not surprising that the Abbasid caliph, surrounded by pomp, came eventually to be a model Sassanid-style king, very much in the style of the old Persian absolute monarchy. He was a benevolent despot, generally, but a despot nonetheless. And he was a far cry from the old Arab shaykh, or the early caliphs. Equality and egalitarian ideals were implicit in Islam, as well as in the Arab tradition, and these were completely ignored by the Abbasid caliph. But he did meet some of the demands of those who, in opposition to the Umayyads, had supported the Abbasid revolution. Taxes, for instance, were made considerably more fair. And there was no more delegating them out to rapacious “tax-farmers” who, like the publicans during New Testament times, kept any money they extorted from the popu­lation beyond the revenue quota they turned over to the govern­ment. Furthermore, strong central authority could defend the weak against oppression. The new regime made no distinction between mawali (new) Muslims and old Arab Muslims. In clear distinction to their predecessors, who had run the empire to benefit themselves and their followers in Syria, no province was preferred by the Abbasids over another province. Absolute monarchy, by its very nature, aids in breaking down distinctions, and this was certainly true of the Abbasids. The caliph was far above all his subjects, who were all equally nothing before him. All alike were subject to the caliph’s absolute power.

The more pious Muslims continued to find themselves in oppo­sition to the regime, usually silently but occasionally (and briefly) in the open. Prominent among these were the intellectuals or think­ers who came to be known collectively as ‘ulama’. It will be recalled that the Arabic word ‘ulama’ means “learned (ones)” and that the main focus of their learning was Islamic law (shariah) and jurispru­dence. But they were devoted, as well, to Arabic grammar (for better understanding of the precise meaning of the Qur’an, especially now that so many nonnative speakers of the language were embracing Islam) and to certain kinds of history.

The emphasis of the ‘ulama’ on history and law set the tone of Islam from that time forward. Islam has been, like Judaism, a reli­gion that emphasizes orthopraxis, right behavior, more than it con­centrates on orthodoxy, or right belief. Like Judaism, it has been far less interested in theological speculation than is mainstream Chris­tianity In this respect, it seems to me that Islam and Judaism have remained true to what we might loosely call their “Semitic charac­ter.” Christianity, on the other hand, has departed from that charac­ter to a certain degree. In his classic Hibbert lectures of 1888, the Oxford scholar Edwin Hatch argued, with reference to the history of the early Church, that “the change in the centre of gravity from conduct to belief is coincident with the transference of Christianity from a Semitic to a Greek soil.”[4]

It is impossible for any one, whether he be a student of history or no, to fail to notice a difference of both form and content between the Sermon on the Mount and the Nicene Creed. The Sermon on the Mount is the promulgation of a new law of con­duct; it assumes beliefs rather than formulates them; the theo­logical conceptions which underlie it belong to the ethical rather than the speculative side of theology; metaphysics are wholly absent. The Nicene Creed is a statement partly of historical facts and partly of dogmatic inferences; the metaphysical terms which it contains would probably have been unintelligible to the first disciples; ethics have no place in it. The one belongs to a world of Syrian peasants, the other to a world of Greek philoso­phers. The contrast is patent… [T]he question why an ethical sermon stood in the forefront of the teaching of Jesus Christ, and a metaphysical creed in the forefront of the Christianity of the fourth century, is a problem which claims investigation.[5]

[1] The black banners of ISIS or Daesh—the so-called “Islamic State”—are, no doubt, intended to recall the banners of the great Abbasid revolution.

[2] The name of the dynasty is pronounced “Ab-BASS-id.”

[3] One Umayyad prince, known to history as Abd al-Rahman I, managed to escape and to perpetuate Umayyad rule in the distant province of Andalusia (essentially Spain). His exciting story is an adventure movie just waiting to be made.

[5] Hatch, The Influence of Greek Ideas on Christianity, 1.

September 22, 2020 B. H. Roberts and the Book of Mormon. Again???
Recent Comments
0 | Leave a Comment
Browse Our Archives
get the latest from
Sic et Non
Sign up for our newsletter
Related posts from Sic et Non 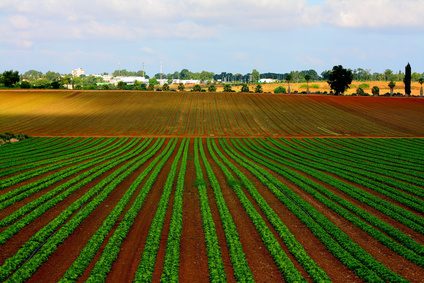