I have, to this point, made no comment here (or anywhere else, really, public or private) about the very well publicized announcement by Mr. Jeff T. Green that he is formalizing his decade-long apostasy from the Church of Jesus Christ of Latter-day Saints by demanding that his name be removed from its records.  First of all, I think it simply a very sad story.  Beyond that, I have no particular interest in Mr. Green — I had never heard of him before — and I don’t generally think that bad personal decisions by billionaires are of any more significance or original creativity than are bad personal decisions by non-billionaires.  (I’m reliably informed that Mr. Green even lifted some of the boilerplate language of his public letter from a template that he had apparently found on an ex-Mormon website.)

However, in my meanderings on the web I’ve come across three comments by others about Mr. Green’s very public departure that I thought worthy of sharing here:

“‘Tis the Season to Spread Enmity”” by Meagan Kohler and Jacob Z. Hess

“‘Tis the Season: Good Will to Men,” by Benjamin Pacini

“‘Tis the Season to Spread Enmity?” by Michael Peterson (no relation and quite distinct from the article of the same title above)

There.  That may well be the last and only thing that I’ll ever have to say on this regrettable story.

Christmas is rapidly receding into the distance.  (Only 362 shopping days — and eleven hours — until Christmas Day 2022!)  While memories of it still linger, though, I would like to share a couple of Christmas-related things that are worth your reading and reflection:

“Elder Holland shares the powerful rebuke he received while his father was dying on Christmas morning,” by Jeffrey R. Holland

I enjoyed participation last night in the Interpreter Radio Show with Steve Densley and Matt Bowen.  Rather miraculous, really.  Steve was in Utah, Matt was in Hawaii, and I was in Virginia.  We shouldn’t take such things for granted.  What would Brigham Young or Abraham Lincoln have thought about such a broadcast — or, for that matter, about radio broadcasts in general?  Anyway, for part of the time we discussed my article “Christmas and a Condescending God,” which, in one passage, raises precisely the issue as discussed in this short piece:

“This is actually a doctrinal question: Did the infant Jesus cry?”

Because of comprehensive renovation and construction, Temple Square in Salt Lake City isn’t up to its usually splendorous Christmas self, and it won’t be again for two more years or so.  But some other places have been.  For example:

I hope that, when it’s finished, the grounds of the Richmond Virginia Temple will be brilliantly illuminated for Christmas.  Its location is both beautiful and prominent.

Amidst all of the hustle and bustle — to coin a phrase — of the Christmas season, did you ever get a chance to sit down and watch the Church’s wonderful short film, The Christ Child: A Nativity Story?  It’s not quite eighteen minutes long.  I think it’s superbly done, and even moving:

The Christ Child: A Nativity Story

Here’s an interesting and, I think, a rather important article that appeared in the Deseret News on Christmas Day:

“What makes families flourish or flounder? 5 studies you might have missed: From where people want to live and why it matters to what faith and community offer families”

At least one part of it — “Being part of a religious community offers great benefits” — clearly comes from the Christopher Hitchens Memorial “How Religion Poisons Everything” File©, because it’s . . . well, it’s horrible.  Chilling.  Yet another redundant example of the abominations and suffering caused by religious belief, “including preventing depression and suicide, extending longevity, improving marital outcomes, facilitating happiness, meaning, forgiveness and hope.”

And it’s frighteningly reminiscent of this terrifying article that was published in 2019, and that, it must be admitted, is only one among many similar pieces that might be cited.  The Hitchens File is absolutely overflowing with such horrors:

Finally, I close with a link to an article by Jeff Lindsay that I hope will be widely read:

“May We Follow the Science and Stand for Life”

It is genuinely possible that the Supreme Court of the United States will do the unthinkable sometime this year — probably by the summer — and effectively overturn Roe v. Wade.  Contrary to the hopes of some and the fears of others, such a decision will not outlaw abortion across the United States.  Rather, it will return the regulation of abortion to the fifty states, which will take widely varying approaches to the matter.

The state of Texas has already adopted a controversial abortion law that goes beyond what I myself would favor.  And I’m not alone, even on the pro-life side, in having reservations about it:

“Perspective: I’m a pro-life lawyer. But Texas’ abortion law erodes the rule of law: The country cannot embrace Supreme Court decisions we like and defy the ones we loathe” 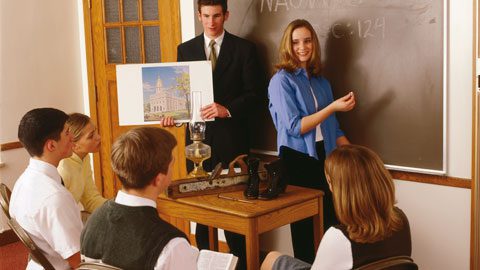 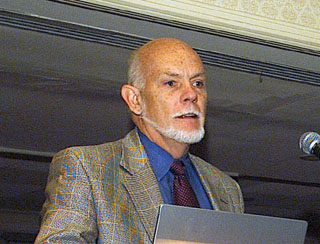