Ways That Pantheacon 2013 Supported Change for Pagans of Color

Pantheacon is an irreplaceable part of my spiritual path every year. It is the time of year I get to connect with many of my Pagan family that have become my family of choice, I can teach and learn from others within the community, I get to do some of the best Pagan shopping and I also spend the most valuable bonding time with my coven mates. This year was the same in those respects but there were some changes in tide that I saw come to fruition this year, more than others.  Last year I saw two specific programs on the program regarding discussions around race relations in the Pagan community; they were the Shades of Faith panel and the People of Color Caucus.  This year we saw similar offerings and yet some additions.

Here is my short list wrap up of the ways that Pantheacon has supported the movement of change around racial diversity at its 2013 event and within the community. I hope to expand on these pieces throughout the month, and although I am exhausted with post-con energy, it is important to continue the momentum.

Movement is progress, interest in these offerings show progress and attention to the collective needs of our community is progress. May progress continue to thrive. 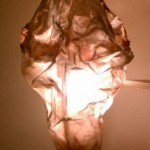 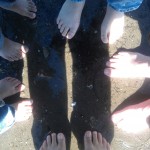 February 27, 2013 Stress, Rejuvenation and the Ocean
Recent Comments
0 | Leave a Comment
"LOVE this!!! I've been feeling the same way - curious about Hoodoo and it's roots ..."
DMDaniels Conjuring a Path: Embracing African-American Folk ..."
"I would think that spring tends to speed things up , and their is so ..."
Alma Mercer Missing in Internet Action
"A great story, thanks!To add some stuff: for a lot of people in the West ..."
Kirran Magic Out of the Land of ..."
"Peace and blessings to you my sister."
Toya Missing in Internet Action
Browse Our Archives
Related posts from Daughters of Eve