I have been missing. I have been absent from writing on Daughters of Eve, I have stepped away from much of the social media stuff I used to do, and I have found myself avoiding much of the conflicts that seem to consume my spiritual community a large portion of the time. 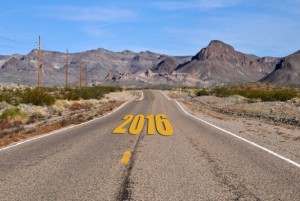 It is almost as if I have been hiding. I find that I am so exhausted with just the necessities of life that I am overwhelmed with the constant turmoil that the Pagan and Polytheist communities continue to fall victim to. The intensity of things happening over the last couple of months, along with the pressure of the upcoming presidential election drama, and the ongoing political challenges facing my skinfolk have made it that much harder to find safety in any environment I exist within.

I have been rejuevenating and reclaiming myself instead. After an intense couple of years within the community, in my life, graduating grad school, raising a family, and working within social work…. I have found that my mind, body and spirit have been overextended for some time. I have tried to continue the balance of all those things, and had some pretty successful runs, but I also realize that taking time to reshift to a place of homeostasis is just as spiritual as any practice I could have.

I have been listening to my physical self instead of cluttering my mind with all the chatter of the internet and the buzz of chaos that happens in many of my interconnected communities. I have been saving that ear space for my body. My physical body is usually the last thing to get its voice heard and validated. I have a bad habit of running it down, not getting proper rest, neglecting medical attention, and ignoring the signs of exhaustion. At the end of 2015 my body screamed “NO MORE”. And instead of hanging in there, it decided to make it clear that my neglect was the catalyst to some serious health concerns that I could not ignore.

I have been talking to my Goddesses. In this year of 2016, My Goddesses have taken front stage in my spiritual practice and they will not be ignored. The complexity of my spiritual walk has continued to grow beyond the confines of a label or title. This is not to say that the Goddesses I work with were ever secondary, they have never been, but the balance has been disrupted. Those who are talking in my ear are clearly those who have pushed to the forefront and the voices of the Gods are largely silent in the process. I have already known that this year would be an Oya year for me, and that she was representing much change in my world. What I did not anticipate was the shifting of a practice where the Goddesses are on a megaphone…. Alongside my ancestors.

So what does this all mean for me? My world is shifting. My practice has continued to expand beyond the walls of my Wiccan training and venturing into territory that I had not anticipated or prepared for. And I am tired of the continuous challenges of our interconnected Pagan communities that are less community like and more hostile territory. I am growing exhausted with the movement of divisiveness that is neither helpful, spiritual, community building, and often downright dirty.

I have committed to more writing in 2016. I am hoping to continue good work in and out of the Pagan community, and yet I am not exactly sure what that looks like anymore.

April 30, 2016 Conjuring a Path: Embracing African-American Folk Magic
Recent Comments
0 | Leave a Comment
"LOVE this!!! I've been feeling the same way - curious about Hoodoo and it's roots ..."
DMDaniels Conjuring a Path: Embracing African-American Folk ..."
"I would think that spring tends to speed things up , and their is so ..."
Alma Mercer Missing in Internet Action
"A great story, thanks!To add some stuff: for a lot of people in the West ..."
Kirran Magic Out of the Land of ..."
"Peace and blessings to you my sister."
Toya Missing in Internet Action
Browse Our Archives
Related posts from Daughters of Eve

Pagan
Dropping the Crystal Ball with A Little Grace,...
Daughters of Eve