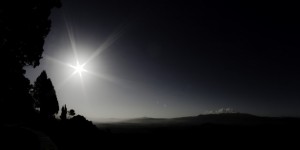 During the the winter season, it is a wonderful time to talk about our fears of darkness. I did not merely mean fears of the cold from the lack of heat from sun. Beyond the natural fears of survival during the dark half of the year, we need to discuss our apprehension of darkness including dark skin. We need to discuss our mistrust of the unknown including the stranger. In the United States our culture including the English language is covered in fear and negativity toward darkness. A clear example is the way we describe Black as a word, as a metaphor and even as a person. As Martin Luther King, Jr. said, “Somebody told a lie one day. They couched it in language. They made everything Black ugly and evil. Look in your dictionaries and see the synonyms of the word Black. It’s always something degrading and low and sinister. Look at the word White, it’s always something pure, high and clean. Well I want to get the language right tonight“. If we want to live in anti-racist world, we must tackle the systems of oppression from outside ourselves and also the oppressions of our minds.

It was the winter solstice sermon, when my Unitarian Universalist pastor took to the podium and discussed the darkness. I was happy to hear her talk about the connections between White people’s fear of darkness and dark skin. I believe that we can not awake from our racist slumber without tackling our racist programming from the inside out. But my happiness lessened as she moved into talking about grief. She was not discussing the collective grief of Black people as we fear for our lives or that of our children. No, it was geared towards a mostly white church. It was White grief that was the topic of the day. She had heard this topic discussed by another Unitarian Universalist minister. He had talked about how White people were going through the grieving cycling (feeling numb, in denial, etc). Now she was bringing this message to her flock, encouraging them to be “gentle with themselves”.

I looked away from my mother, the only other Black person in the room, knowing that our default defense to any White ignorance was laughter. I, gracefully, survived the service without laughter, eye rolling or involuntarily coughs. “You were being real nice”, my mother commented later in the car ride. We proceeded to discuss the problem of “White grief” all the way home.

“Is grief the reason why White officers kill us?” I started with the most obvious question. But I can also ask: Is grief the reason why White employees hire and promote less qualified White applicants over more qualified Black applicants? Did White grief cause slavery? Or colonization or any of the issues that created the systemic racial problems of the modern world? No, it is White prejudice, White privilege and White greed that is behind the racist systems of today.

Benefactors and perpetrators of oppression do not get to grieve. First, it is offensive to those living under the oppressive hand of a racist society. We are the ones who lost houses, jobs, our health and our lives for White people to have their privileges. We are the ones grieving.Secondly, White grief is impossible in a world of White privilege. Grief is a response to loss. Yet, White privilege is a state where one is gaining benefits from racism. Racism has gained White people new lands, money, people, jobs, suburbs, and the list goes on. Now, one might argue that a White person is grieving because they sense a loss of humanity by growing up in a White supremacist world. But, with grief comes a sense of hopelessness or powerlessness. You can not recover from that loss easily and you may never regain exactly what you lose. White people have the power to regain their humanity and fight racism.

In a sense, White grief is as pointless as White guilt. Instead of pretending that a White person is powerless against the racism, we should be talking about White accountability. If you want to stop feeling bad about racism as a White people, the quickest avenue is to do something about it. The first step is a simple but difficult one which involves working on your own mind. Accepting your culpability. Accepting how you benefit from racism. Accepting your privilege. Thinking about when you have committed racist actions. Delve deep inside yourself, see your prejudices, your fears, and find your humanity again. It is time to embrace your own darkness,stop being afraid of the unknown and stop running from accountability.

December 30, 2015
Lessons Learned from When a Friend Says Goodbye
Next Post

January 29, 2016 Dropping the Crystal Ball with A Little Grace, or How to Do Spirituality When Religion Is Too Much
Recent Comments
0 | Leave a Comment
"LOVE this!!! I've been feeling the same way - curious about Hoodoo and it's roots ..."
DMDaniels Conjuring a Path: Embracing African-American Folk ..."
"I would think that spring tends to speed things up , and their is so ..."
Alma Mercer Missing in Internet Action
"A great story, thanks!To add some stuff: for a lot of people in the West ..."
Kirran Magic Out of the Land of ..."
"Peace and blessings to you my sister."
Toya Missing in Internet Action
Browse Our Archives
Related posts from Daughters of Eve