Self Actualization, Spiritual Oneness, Freedom and the Fourth of July

Self Actualization, Spiritual Oneness, Freedom and the Fourth of July July 4, 2014 Crystal Blanton 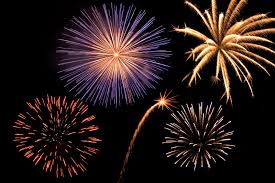 Self actualization is a process. We see this concept discussed in so many aspects of society, and yet we don’t always have an exact understanding of what this means or what it looks like. Spiritually, self actualization is a coming into one’s self, a evolving into a knowing that brings one closer to an understanding of how to live in the world with a sense of wholeness. I often look at this as if it is a shallow glass ceiling idea, we can think we are at the top and yet it takes certain tools to smash the glass ceiling so that we can rise to the next level. If we do not look up, it is easy for people to interpret the solid mass above our heads as the end of the road and that we have gotten to the top of our ability to grow. This is such a problem because it is a design that stops us from seeking more information, and accepting information when it comes. It is a spiritual deterrent for the natural process of seeking a better understanding of those very things that we need to grow spiritually, emotionally, and psychologically. We become stuck, we become stagnant; all along thinking that self actualization has been achieved.

“Self-actualization” represents a concept derived from Humanistic psychological theory and, specifically, from the theory created by Abraham Maslow. Self-actualization, according to Maslow, represents growth of an individual toward fulfillment of the highest needs; those for meaning in life, in particular. Carl Rogers also created a theory implicating a “growth potential” whose aim was to integrate congruently the “real self” and the “ideal self” thereby cultivating the emergence of the “fully functioning person”. It was Maslow, however, who created a psychological hierarchy of needs, the fulfillment of which theoretically leads to a culmination of fulfillment of “being values”, or the needs that are on the highest level of this hierarchy, representing meaning. – The Theory of Self-Actualization, Psychology Today.

We need to understand that the ability to self actualize is a moving target. No one is there yet…. keep trying.

Which brings me to the concept of freedom, or the lack there of. You see, the political climate of this here place I call home is a part of my spiritual practice. I cannot be free within myself and ignore the lack of freedom in the communities in which I am a part of. This cognitive dissonance, the feeling of discomfort, drives my spiritual practice and reminds me that to be one within myself I have to seek justice within the voice that was given to me. I am always so very excited to be with others who have this core spiritual belief as a part of their daily practice. We cannot do anything without one another.

I digress. More to the point is the knowing that the dynamics of this place that I worship on and within is directly tied to the way that I am able to serve the deities in which I serve, and love the people in which I love. I cannot ignore the knowing that injustice is happening around me, just like I cannot act as if we are free. A sense of personal freedom, cultural freedom, and societal freedom is core within the ability to grow into the individuals we want to be, instead of who we are conditioned to believe we are. The concept of freedom is a foundational principle of developing a spiritual, emotional and psychological identity, feeding to our ability to develop a set of skills that help the process of self actualization. Of oneness.

To many times people cope with the feelings of cognitive dissonance by ignoring the world around them. I am hoping that on the Fourth of July, we choose to make a commitment to stop that trend.

Here in the States, we live in a world that ignores freedom, while preaching it. We celebrate independence of this country from Great Britain and the adoption of the Declaration of Independence in 1776, and this freedom was marked by a country that was full of enslaved individuals, as a system, while celebrating “freedom”. We had governmentally endorsed chattel slavery, slaughter and mistreatment of the natives, and the second class citizenship of women (specifically white woman because Black women were not considered human).

We endorsed systems of rape, abuse, and murder as a method of power and privilege in America, while we were fighting for our own identity and the right to be independant. We continued the oppression and violence against others as we fought to be free; we took freedom yet believed that freedom was a right we deserved as a nation. 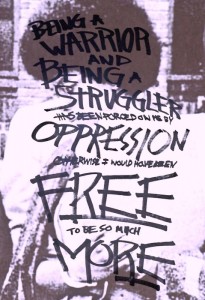 And today I see this same system of belief here in the United States. We have political and social systems that legalize oppression in many forms, and still mostly against people of color, the poor, LGTBQ and women. In the 238 years since the day that the United States became free, how much freedom have we practiced? What are we really celebrating, and how does this type of separation from the true reality of suffering in this country for the last few hundred years enhance or stifle true spiritual growth?

And thus we come full circle. We cannot break the glass ceiling if we do not recognize that it is glass. We cannot celebrate diversity, freedom, acceptance and love of one another if we are too busy pretending or ignoring the fact that we STILL do not understand what any of those words mean, and we do not practice it today. And having a BBQ with fireworks does not equate freedom, it is a distraction from the true fight that many Americans are still fighting….. unless we remember.

So on this day, July 4, 2014, I hope we choose to remember the past and current pain and suffering of our fellow human beings here in America, and we celebrate the chance to change that, instead of some day in 1776 that really only mattered to White men. We were still enslaved, without rights, without respect, without our humanity, without hope. Today we are still enslaved, without our rights…. respect…. fighting for our humanity….. and often without hope. We have become complacent in the systems of failure that have existed since our time of “freedom” in this country and still do not know what freedom looks like, tastes like, or feels like.

I hope that the magical practitioners of today use the energy that exists all around this country on this day, and helps to focus it towards true freedom for all people. We cannot change the past, but we can change the future, which requires knowing and embracing our past.

In the words of Frederick Douglass…. 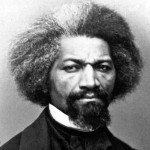 “What, to the American slave, is your 4th of July? I answer; a day that reveals to him, more than all other days in the year, the gross injustice and cruelty to which he is the constant victim. To him, your celebration is a sham; your boasted liberty, an unholy license; your national greatness, swelling vanity; your sound of rejoicing are empty and heartless; your denunciation of tyrants brass fronted impudence; your shout of liberty and equality, hollow mockery; your prayers and hymns, your sermons and thanks-givings, with all your religious parade and solemnity, are to him, mere bombast, fraud, deception, impiety, and hypocrisy — a thin veil to cover up crimes which would disgrace a nation of savages. There is not a nation on the earth guilty of practices more shocking and bloody than are the people of the United States, at this very hour.”

And in the words of Kathleen Cleaver, while fighting as a Black Panther for the “freedom” of Black people….. 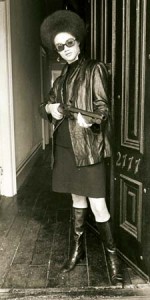 And so while we are spending time with family, eating BBQ, or even watching the fireworks…. let’s remember the struggle and commit to the truth of freedom…. a concept we still have yet to understand or achieve. 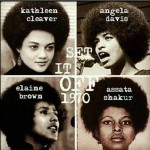 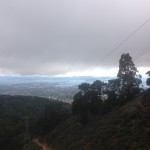 July 23, 2014 Psycho-spiritual Environmentalism and Activism
Recent Comments
4 Comments | Leave a Comment
Browse Our Archives
get the latest from
Pagan
Sign up for our newsletter
Related posts from Daughters of Eve

Pagan & Shinto News: Witches Hex Trump And...
Top stories in Paganism and Shinto this week: Witches hex Trump and...
view all Pagan blogs
What Are Your Thoughts?leave a comment
Copyright 2008-2020, Patheos. All rights reserved.