The wrong question if you’re black or white: “Does America have a plan for my life?”

Leave it to a liberal professor of African-American studies to ask if America has a plan for his life. For someone that teaches on the campus of an Ivy League university, it’s difficult to believe he’s never heard of the concept of personal responsibility.

In his piece in The New York Times, “I’m black. Does America have a plan for my life?,” Yale Professor Chris Lebron sounds more like someone that lives under a dictatorship rather than in the land of opportunity.  Anyone asking that question has been blinded by the failed promises of a progressive utopia. This expectation that America somehow owes him something is what led to the cancer that is Black LIES Matter.

Lebron believes that as a black man living in America, his days are numbered and at any moment he could die because of racism:

It is odd how when I put it that way — blackness as a condition — that it does seem that I may in fact have a terminal illness.

The professor lists the names of many of the black men that have been shot by police officers and blames their deaths not on their actions during the stops but on their “blackness:”

None of them were permitted by the state to pursue to the fullest a reasonable plan of life.

Thus sayeth the man who admits he is “sitting in the ivory tower in the Ivy League.”

“I earn a salary adequate to buy me surface level credibility in the eyes of American society,” Lebron writes. “But these achievements and small securities come with the cost of not knowing how far they will carry me or how long they will protect me. In planning my life, I’ve come to accept this.”

So maybe this is how black Americans ought to plan for a life in America — holding out the hope to meet basic goals or striving to achieve larger ambitions knowing all the while that the present-day effects of America’s racial history can fatally disrupt enjoying, celebrating, commemorating the results of achievements small or large. Let me be honest with you — that is neither rational, nor is it fair. And there’s still the small matter of the luck that runs out.

I wish I knew America’s plan for me.

I don’t get it. This is a government dependent mind-view. Why does American have to have a plan for one’s life? Why don’t they have their OWN plan for their life? This is THEIR responsibility, not America’s. I call it self-determination. America owes them nothing and they need to be told that.

How about this, professor: America doesn’t have a plan for you or me. Our course in this country is decided upon by no one else but us. Besides, if you’re putting your future in the hands of our federal government, you’ve already lost.

This is the problem of growing up in Democratically controlled cities, where empty promises have encouraged reliance and not responsibility. If he were honest, Lebron would admit that he is yet another black success story in America. 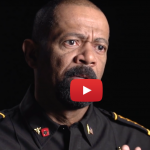 September 26, 2016
Why the breakdown of the black family has made it harder to be a police officer
Next Post 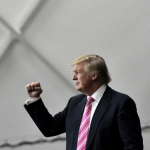 October 5, 2016 The media is losing it over Trump’s taxes, but don’t we all wish we paid less?
Recent Comments
2 Comments | Leave a Comment
"Yes!!! Use him as a sacrifice for the buildingT.LISHUI.INFO/GG8383Ov"
iBugman Unarmed black man killed by black ..."
"Maybe we should start tagging every article like this (innocents killed by blacks) #BLM to ..."
Praying4America Blacks can’t commit hate crimes against ..."
"The premise of this statement is ignorant and anyone who believes that blacks can't commit ..."
BrooklynSWAMI Blacks can’t commit hate crimes against ..."
"Thank you for this update, Sheriff ! I think Officer Corcoran was very alert and ..."
Larry Curtis 3 Words Would’ve Saved This Guy’s ..."
Browse Our Archives
Related posts from The People's Sheriff