Dear Media, only liberals can call for a political revolution?

It’s incredible that our institutions of gov, WH, Congress, DOJ, and big media are corrupt & all we do is bitch. Pitchforks and torches time pic.twitter.com/8G5G0daGVN

Sometimes the media makes my point for me.

On Saturday October 15, I tweeted the above image and said it’s “pitchforks and torches time” over the incredible collusion that our branches of government (plus journalists) have engaged in over the past few years.

Together, they have done unimaginable things to American citizens — the IRS has targeted patriotic citizens for audits, the DOJ under Attorney General Eric Holder thumbed his nose at Congress’ lawful order to turn over papers relative to the botched Fast and Furious gun smuggling investigation that led to one of the guns ending up with Mexican drug lords and being used to kill Border agent Brian Terry and thereby becoming the only Attorney General in United States history to be held in contempt of Congress. His successor Loretta Lynch has decided to let Hillary Clinton get off scot-free, after she cowardly dumps the decision onto FBI Director James Comey who ignores the plethora of evidence to indict and after Lynch meets secretly with Bill Clinton days before the decision. Lynch played ignorant about the meeting for days before finally acknowledging the truth that her meeting the targets husband secretly was improper. She should have been disbarred over that. Her decision allows Mrs. Clinton to lie her way almost to the Oval Office.

And what have journalists done over the past eight years? I use the term “journalist” loosely. Glenn Reynolds from Instapundit says to think of them as “Democratic operatives with bylines” to get closer to the truth. The media has done NOTHING but look the other way.  Plus, Wikileaks emails show the collusion between the Clinton campaign as written about in the Observer Politics.com.

“She is going to read me the story later today off the record to further assure me,” Clinton campaign Communications Director Jennifer Palmieri wrote in an email to Podesta and other staff about New York Times‘ Maggie Haberman coordinating directly with the campaign to provide Clinton with favorable coverage.

Now Big Media is trying to once again distract the American people from all of the corruption going on in the Oval Office and in Mrs. Bill Clinton’s campaign by pointing at the Milwaukee County Sheriff’s office. Julian Assange and Wikileaks must be envious. They can’t get Big Media to cover Clinton corruption. Maybe they should have started each leak with the phrase, “Pitchfork and Torches Time in America” and then maybe they could get the media’s attention.  (Interestingly, I’ve been using this language since 2015, so it’s more than a coincidence that they are only now bringing it up…  after I’ve aligned myself with Donald Trump and have been eviscerating Mrs. Bill Clinton.)

When I tweeted the above image, I meant it. I wasn’t speaking in code. It’s time to run those corrupt politicians out of Washington DC and back to whatever crevices they crawled from. It’s time to put Mrs. Bill Clinton behind bars, where she belongs. And it’s time that the DOJ learns what the “J” stands for in their name.

Of course, that’s not what the “Democratic operatives with bylines” understood when they saw my tweet. They immediately reported that I was trying to “incite violence” — and unbecoming habit for a law enforcement official.  They were so desperate to make something of it, they contacted the NRA and probably the Trump campaign to get them to disavow me.)

Here’s what I — and the American people — know… but for the sake of the media, let me spell it out for you.

First of all if you came here expecting me to walk that statement back or ask for a do-over, you are going to be disappointed. I am not your typical conservative. I stand and fight for what I believe in and I play smash-mouth politics. Big Media is not used to that from many conservatives.

When Bernie Sanders called for a revolution almost daily during the Democrat primary, no one in the media blinked an eye. Every sane person knew what he was talking about. (And, by the way, the guy is a socialist — becoming a socialist is like committing “death by government.” The body count from socialism easily exceeds 100 million.) The media yawned when Bernie cried for a “revolution.”

Big Media should go back and read the Declaration of Independence going over the part that reads, “…that mankind are more disposed to suffer while Evils are insufferable than to right themselves by abolishing the Forms to which they are accustomed,” or as Judge Robert Bork said in his book Slouching Toward Gomorrah: Modern liberalism and America decline, the tendency is for people to complain (bitch) for a while and then ultimately acquiesce and comply.

That speaks to that part of my tweet that says, all we do is bitch. The Founders further stated in the Declaration…it is their right, it is their duty to throw off such Government and to provide new guards for their future Security. It was pitchfork and torches time in America. If Big Media thinks that the Declaration of Independence is no longer relevant let me remind them that the late, great Supreme Court Justice Antonin Scalia cited the Declaration of Independence frequently in his opinions.

Yet, here I come — after 38 years of law enforcement and suddenly Big Media gets all weepy. They said I was trying to incite violence, even though my entire career has been geared toward upholding the U.S. Constitution along with law and order.

I don’t buy their false outrage. The Guardian was one of the media outlets that had to pass the smelling salts. So writer Lois Beckett went to a scholar at the UCLA to get his opinion.

Eugene Volokh, a Libertarian second amendment scholar at the University of California Los Angeles school of law, said Clarke’s remarks were clearly intended to be figurative.

“What do you think Sheriff Clarke is trying to get people to do? Is he trying to get them to spear someone with a pitchfork and burn down their house, or is he trying to motivate someone to vote for Trump or support conservative values? It seems to be quite clearly the latter,” he said.

Guess the Guardian didn’t get what they wanted — and instead found someone who had common sense.

When President Obama said at a fundraiser in 2008 (in reference to dealing with Republicans) that if they bring a knife, we’ll bring a gun.  I don’t recall Big Media being appalled at that reference and asking if Obama was inciting violence.

Nor did I hear CBS, ABCNews, CNN or the Guardian U.S. feign shock about inciting violence when disgraced Maryland State Attorney Marilyn Mosby repeated the rally cry of rioters, “No Justice, No Peace,” in a national news conference announcing the indictment of 6 Baltimore Police officers.

I’ve done nothing in 38 years of law enforcement to make any person believe that I incite violence, unless you believe that the right of self-defense which I advocate for, is inciting violence which this same media accused me of doing several years ago. Yet here goes the liberal, tolerant media giving liberals a pass while making plastering headlines across America that a black man’s conservative political rhetoric is actually violent.

Please. I’m not buying it, and the American people aren’t buying it.

A significant and growing number of Americans sense that their federal government no longer belongs to the people, nor does it represent them and that our Constitutional Republic has been replaced by an Administrative State.

That is who my tweet was directed at. I encourage them to join me in pushing back against the corruption that has infected our institutions of government. I took an oath to defend the Constitution of the United States, not the pretended legislation of federal bureaucracies that have no law making authority under the Constitution. That Constitution is being shredded with the aid of Big Media as I write. I guess that makes me old school. Fine. I haven’t forgotten that I report to the people, not Big Media.

Yes, like the Founding Fathers knew and had the courage to say, it is pitchfork and torches time in America. 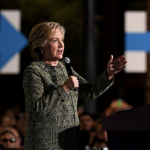 October 14, 2016
Catholics, Southerners, and “needy Latinos” get mocked by Hillary Clinton
Next Post 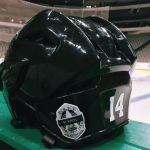 October 17, 2016 The NFL just got schooled by the NHL on how to treat police officers
Recent Comments
189 Comments | Leave a Comment
Browse Our Archives
Related posts from The People's Sheriff