During the interview, she took umbrage at the fact that I refuse to call Hillary anything other than “Mrs. Bill Clinton.”

“She’s not Mrs. Bill Clinton,”Roginsky said.  “She happens to be Hillary Rodham Clinton, who is her own person running as an individual. She’s a former Senator, she is a [former] Secretary of State. She’s not “Mrs. Bill Clinton…”

But I told her that it wasn’t my job to lay out her resume for the American people.

Here’s the truth of it.  Everyone knows that her marriage to Bill Clinton in one of convenience. Politically, she has benefitted by using his name, as First Lady of Arkansas, as First Lady of the United States, as a carpet bagging Senator of New York.

Had she not been married to Bill Clinton, she wouldn’t even be able to have been elected dog catcher.

She knows it. That’s why she protected his reputation when so many women claimed Bill assaulted them. (Or at least in one case, raped her.)  She knew how valuable that name would be to her down the road, so she didn’t hesitate to trash their reputations and—consequently—lives. In her 2016 campaign for President, she used his name and even said he’d be in charge of fixing the economy.

Now, I will make her own that name.

I don’t care what feminists try to say: she is NOT a self-made woman.  She got where she is by attaching herself to her husband.

Watch the Fox video by clicking CONTINUE below: 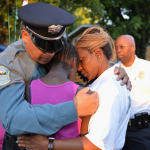 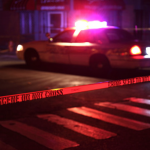 November 3, 2016 Instead of demanding a change from police, demand a change in leadership
Recent Comments
37 Comments | Leave a Comment
"Maybe we should start tagging every article like this (innocents killed by blacks) #BLM to ..."
Praying4America Blacks can’t commit hate crimes against ..."
"The premise of this statement is ignorant and anyone who believes that blacks can't commit ..."
BrooklynSWAMI Blacks can’t commit hate crimes against ..."
"Thank you for this update, Sheriff ! I think Officer Corcoran was very alert and ..."
Larry Curtis 3 Words Would’ve Saved This Guy’s ..."
"yay!!!!!"
Teresina Brisciana ESPN finally admits targeting conservatives was ..."
Browse Our Archives
get the latest from
Politics Red
Sign up for our newsletter
POPULAR AT PATHEOS Politics Red
1

Three reasons King David should be...
The French Revolution
Related posts from The People's Sheriff