Black LIES Matter blames cops, but street gangs are the ones piling up black bodies

Neighborhoods across America have been turned into war zones by violent street gangs hell-bent on spilling blood and piling up bodies. Meanwhile, Black LIES Matter and their media friends are busy painting police officers as the greatest threat to black youths. They’re actively ignoring the real problem.

I recently ran across an article by Cameron Gray with a subject matter that most media outlets refuse to touch. As a former resident of Long Island, Gray is concerned about what is happening in the neighborhoods around New York, particular in the town of Brentwood.

Like most of Long Island, it’s a blue-collar, relatively sleepy town. Lately, however, residents of Brentwood haven’t gotten a lot of sleep. A wave of brutal murders of black and Hispanic teens has gripped the town, and those who live there fear for the lives of their children, as well as their own.

Over two weeks in September, authorities found the bodies of Nisa Mickens, 15, and her best friend, Kayla Cuevas, 16, as well as Oscar Acosta, 19, and Miguel Garcia-Moran, 15. All four deaths are said to be at the hands of Hispanic gangs, and most likely MS-13.

As Gray goes on to explain, MS-13 is a gang rooted in Los Angeles and El Salvador and has become a real problem since its formation in the 1980s. Its crimes include extortion, prostitution, theft, drugs, and killing rival gang members like the Crips and Bloods. As these and other gangs wreak havoc on streets around the country, innocent people, many times the very young, are caught in the crossfire. Other times, these gangs are targeting the youth in their neighborhoods and initiating them as members. Initiations often involve murder.

Black LIES Matter likes to talk about having concern for black and brown bodies but refuses to acknowledge black-on-black, or brown-on-brown, violence. The national media rarely covers this carnage in lieu of reporting on isolated cases of so-called police brutality. This is a huge problem, and one Gray doesn’t take lightly:

As much as I worry for residents of Brentwood, I also get angry when I look at the lack of nationwide reporting. Other than a couple of stories on Fox News, and in conservative-leaning outlets like The Daily Caller, the Brentwood murders are not getting any coverage outside of New York. Try searching for the names of any of the four victims on Google. I challenge you to find any other outlet outside of New York reporting on this story.

In a mainstream media very supportive of Black Lives Matter and unchecked Hispanic immigration, I fear that the reason this story isn’t being covered nationally is because it goes against too many narratives. That’s unacceptable.

I couldn’t agree more. BLM and the media are working overtime to suppress reality so they can push the cops-are-to-blame narrative. No longer can we allow them to act as if they care about people of color until they acknowledge that those communities are wiping themselves off the map in record numbers.

It’s time to take back the narrative. 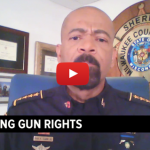 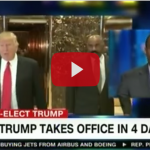 January 17, 2017 Panelist on CNN: Black people who associate with Trump are "mediocre Negroes"
Recent Comments
3 Comments | Leave a Comment
"Maybe we should start tagging every article like this (innocents killed by blacks) #BLM to ..."
Praying4America Blacks can’t commit hate crimes against ..."
"The premise of this statement is ignorant and anyone who believes that blacks can't commit ..."
BrooklynSWAMI Blacks can’t commit hate crimes against ..."
"Thank you for this update, Sheriff ! I think Officer Corcoran was very alert and ..."
Larry Curtis 3 Words Would’ve Saved This Guy’s ..."
"yay!!!!!"
Teresina Brisciana ESPN finally admits targeting conservatives was ..."
Browse Our Archives
get the latest from
Politics Red
Sign up for our newsletter
POPULAR AT PATHEOS Politics Red
1