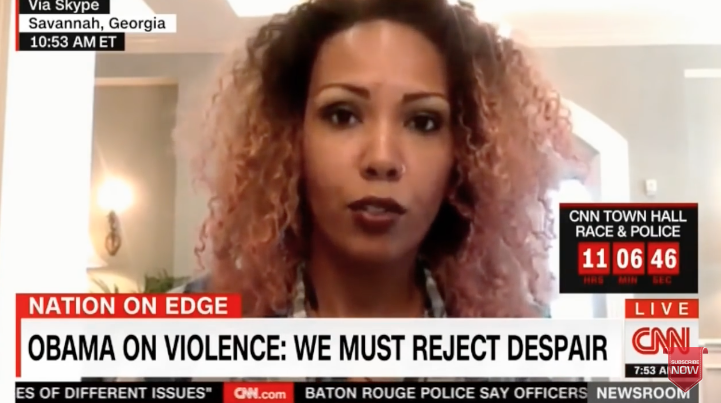 According to the editor of one of America’s most popular and long-running black magazines, a hate crime can’t be committed against white people or cops.

Jamilah Lemieux of Ebony told CNN’s Newsroom that labeling something a hate crime for a “majority group… gets into very tricky territory.” She said that after the five Dallas police officers who were hunted and executed by a black shooter during a Black Lives Matter protest.

“I have to say, I would not describe hate crime as the most comfortable word choice, considering these circumstances,” Lemieux said. “There’s so much that we do not know about what took place, what motivated this person. We only have the one account of law enforcement. We haven’t had the opportunity to really look into his history in a meaningful way.”

What else but hatred for cops would motivate the shooter to load up his guns and seek to assassinate every officer he sees through his scope? This man said he was angry that police were killing blacks and was motivated by Black Lives Matter to kill cops in retaliation, especially white ones. There, hate crime, end of story.

When it’s a white shooter targeting black people, it is instantly considered a hate crime and Lemieux would agree because blacks have a history of being targets, she said:

“When we use a phrase like ‘hate crime,’ we’re typically referring to crimes against people of color, people of various religious groups, LGBT people, people who have been historically attacked, abused or disenfranchised on the basis of their identity. To now extend that to the majority group and a group of people that have a history with African-Americans that has been abusive, and we can apply that to either police officers or to Caucasians, I think gets into very tricky territory.”

But that’s just blind ignorance as anybody with half a brain would know. Thankfully, CNN’s law enforcement contributor Steve Moore was there to set her straight:

He hit the nail on the head: Lemieux is a typical racist. 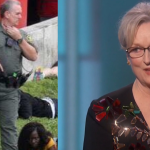 January 10, 2017
Who REALLY cares about protecting the innocent? About diversity? 2 photos tell the tale
Next Post 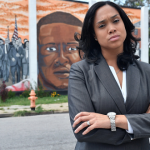