Extreme vetting for thee, but not for me.

Hum…  Is this the guy who should be calling for scrutiny?  Well, if that’s what he really wants, fourteen Medal of Honor recipients are doing just that.  To Blumenthal. Heh.

Is that better, Senator?  The Medal of Honor recipients weren’t done.  They wrote:

We are veterans of the Vietnam War. We fought alongside our brothers in arms, many of whom died or were gravely injured there. We saw the treatment meted out on us and our fellow military personnel upon our return, yet we never questioned our commitment to our nation’s freedom. But perhaps more relevant to this discussion is that we know you were not there with us.

The fact you repeatedly and consistently claimed to have served in Vietnam is a gross case of stolen valor in our opinion. You obtained at least five military deferments between 1965 and 1970, at least two of which were seemingly political favors to you so that you could avoid joining us in a war zone.

And even went further:

We recognize that military service of any kind is valuable to the protection of our nation’s freedom. There is no shame in engaging in “Toys for Tots” campaigns, recycling efforts, or assisting in the improvement or construction of various facilities, which appears to be a fair description of the bulk of your duties during the Vietnam War.

What is offensive to those who fought in a most brutal conflict, some of us who were captured and tortured by our enemy, is any comparison of those most brutal experiences to the ones of people like you who never even sniffed the air in Vietnam.

Ouch.  Toys for Tots is a far cry from fighting in Vietnam.  But here’s the thing.  I’m proud of anyone who put on the uniform and served their country.  What I can’t respect is someone like Blumenthal asking America to give Gorsuch treatment he himself couldn’t even remotely withstand.

It’s going to be fun seeing Gorsuch confirmed to the bench and seeing liberals get even more hysterical than they currently are. 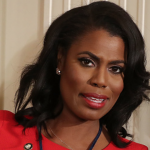 February 17, 2017
Reporter claims Omarosa physically intimidated her, but the whole thing was recorded
Next Post 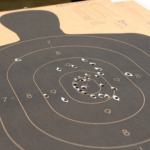 February 23, 2017 Liberals want gun ranges to stop using these targets... and the reason why is hilarious
Recent Comments
8 Comments | Leave a Comment
Browse Our Archives
Follow Us!