The four-part miniseries, set to air in 2015, announced today that Lebanon-born actor Haaz Sleiman (The Visitor) will portray the title character Jesus.

Now for virtually any other subject, this wouldn’t be surprising or even worth mentioning.

I mean, if you were filming a Martin Luther King, Jr., miniseries, you wouldn’t cast Jim Caviezel or Diogo Morgado in the lead role. It’d be ridiculous and racist and insulting.

They’d be laughed right off the screen.

But when it comes to Jesus of Nazareth?

Jesus of the Middle East?

Apparently, only white Europeans can play the savior of the world.

With the casting of Sleiman, Killing Jesus takes a direct shot at the dominant white images of Jesus that are so ubiquitous in American society. It stands against the cascade of white saviors seen in everything from Cecil B. DeMille’s King of Kings in 1927 and  The Greatest Story Ever Told in 1965 to Mel Gibson’s Passion of the Christ  in 2004 and even the other-worldly (white) image of Christ in the film Heaven is For Real from this past year.

In fact, only two films to date have cast a historical Jesus as anything other than a white European, and both were obscure indie films (Color of the Cross and  Update: Thanks to Patheos film blogger Peter Chattaway for pointing out Black Jesus isn’t a historical depiction either, which strengthens the point of the importance of Sleiman’s casting!).

But in Killing Jesus, we will finally get the first mainstream depiction of the historical Jesus by a Middle Eastern-born man. However, we are also getting a first-rate actor, also something relatively rare in Jesus films. Sleiman, an American actor who was born and reared in Lebanon, was terrific in the immigration-themed film The Visitor. His portrayal of Tarek in that film was complex, emotionally wrenching, and compelling, and I can’t wait to see what he does with Jesus.

The miniseries is based on Bill O’Reilly’s book of the same name. Now, certainly, that might give some progressives, myself included, reason to pause. Jesus was not the anti-tax, anti-government crusader O’Reilly seems to make him out to be in the book. Jesus was no more a proto-Tea Partier any more than he was a proto-Marxist.

But, judging from the first release, the theme of the film will very much be a compelling and accurate one, investigating the socio-political drama surrounding and influencing Jesus’ execution at the hands of the Roman Empire. In describing the film, the studio explains that “Jesus lived at a time when the Roman Empire dominated the Western world, and he made powerful enemies while preaching a philosophy of peace and love.”

Now that is a Jesus film I just might be able to get behind. I genuinely expect the folks at National Geographic not to flatten the story into a modern political box but to offer a nuanced, compelling miniseries that does justice to the cultural context of Jesus’ time.

And maybe just as only Nixon can go to China, perhaps it’s only one of white America’s heroes, Bill O’Reilly, who can kill White Jesus.

And let’s be honest. Our brothers and sisters of color have long known Jesus wasn’t a white Savior. And they’ve known the frustrating and enraging results of white people envisioning a white Savior and often envisioning their own churches as ambassadors of a white salvation.

So for me, as a priest, it’s thrilling to think that millions of white viewers — who might tune in because the title is associated with O’Reilly — might have to confront the notion that the ubiquitous images of white Jesus in this country are not only wrong but are downright ungodly.

I love the idea that fans of O’Reilly might have to confront the notion that Jesus probably looked a lot more like Osama bin Laden or the random Middle Eastern man walking down the street than he did Jim Caviezel, Rand Paul, or our white suburban neighbors.

That image of Christ is unsettling for white Americans.

It won’t solve the deep systemic racism in this country. But it might just chip away at one of the most systemic racist images in our faith and in our nation, the image of White Jesus, the White Savior of the World.

So, thanks be to God that we finally are getting an historically accurate depiction on screen of the man born of Mary of the Middle East.

Thanks be to God that Killing Jesus is killing White Jesus.

And, hopefully, this time around, there won’t be a resurrection.

November 3, 2014 The Breaking of the Bridesmaids: Rethinking a Problematic Parable (Lectionary Reflection)
Recent Comments
74 Comments | Leave a Comment
Browse Our Archives
get the latest from
Progressive Christian
Sign up for our newsletter
POPULAR AT PATHEOS Progressive Christian
1

There will be no highlights on...
slacktivist
Related posts from Edges of Faith 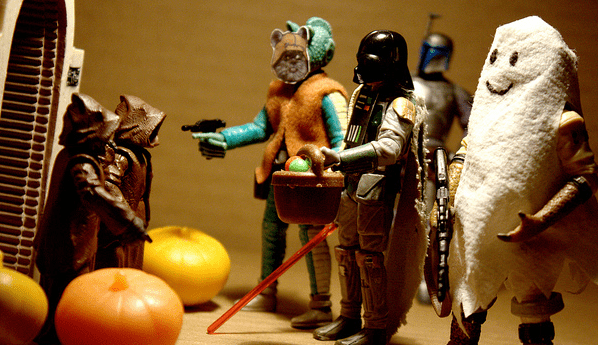