Another tall tree in the forest has fallen.

I had the good fortune of hearing Fr. Matthew Kelty preach several times at the Abbey of Gethsemani in Kentucky.  He usually gave talks in the evenings for people in the retreat house, and his delightful, poetic, stream-of-consciousness ramblings, delivered in that melodious and ancient Bostonian voice, were wondrously soothing.  He would lumber into the chapel with thick file folders of faded clippings and scribblings and notes — some of them, his own poems, or fragments of poems by others — and just sift through them, talking about nothing in particular, until something caught his eye and captured his imagination, and then he was off and running.

Now comes word today that this great old monk, who knew and lived with Thomas Merton, has died at the age of 95.

The Rev. Matthew Kelty, perhaps the most public face of the Abbey of Gethsemani since the death of renowned author Thomas Merton, died Friday and will be buried Monday afternoon.

He was 95 and was “lucid and interested up to the last” before dying during a midday nap, said the monastery obituary.

Kelty published several books and, for many years, spent hours each day counseling people who had come on retreat to the remote Roman Catholic monastery in Nelson County, Ky.

Until he was recently slowed by age, Kelty gave nightly devotional talks to retreatants. Speaking in a crisp South Boston accent that contrasted with the immediate surroundings of rural Kentucky, he mixed his own observations with a sampling of poetry and prose by other writers.

“The community of Gethsemani is saddened today by the loss of its eldest member,” the monastery obituary said. “He spent the morning talking with community members who dropped in to see him. … Several community members, including Abbot Elias, were with him when he died.

“They don’t make them like him anymore, and we’re poorer for it,” said filmmaker Louisville Morgan Atkinson, who produced a documentary on Kelty in 2005, “Poetry of a Soul.”

Kelty long served as chaplain of the monastery’s guest house, even as age left him stooped and his hair nearly as white as his robe. He kept regular hours there, counseling anyone who wanted a listening ear.

Widows, divorcees, “troubled people and happy people” came to see him, Kelty said in a 2005 interview with The Courier-Journal. They ask about how to deepen their prayer life, how to deal with loneliness, how to forgive others — or themselves — for past offenses.

“In an active world, people keep busy,” Kelty said. “They keep the radio on and the TV on. A place like this is quiet. You can’t hide anything.”

Meantime, below is a video of one of Kelty’s talks.  His topic: Merton.

February 21, 2011
Do you hate meetings? This prayer may help
Next Post

February 22, 2011 "I beg you to forgive me": priest who concelebrated with minister suspended
Recent Comments
9 Comments | Leave a Comment
Browse Our Archives
Follow Us!

Catholic
When a monk dies: 'Life is a grand,...
The Deacon's Bench

Catholic
Journey to Genesee: “Those who think they have...
The Deacon's Bench 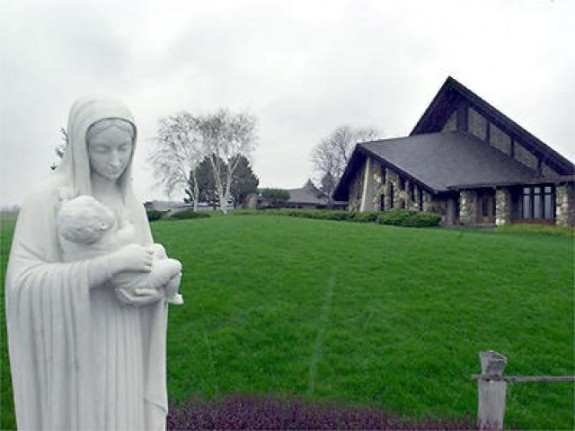 Catholic
Journey to Genesee: "Those who think they have...
The Deacon's Bench 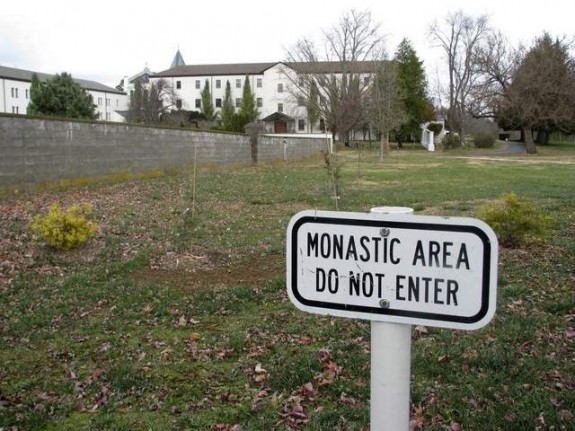 Catholic
Charges of embezzlement, sex scandal at Abbey of...
The Deacon's Bench
TRENDING AT PATHEOS Catholic