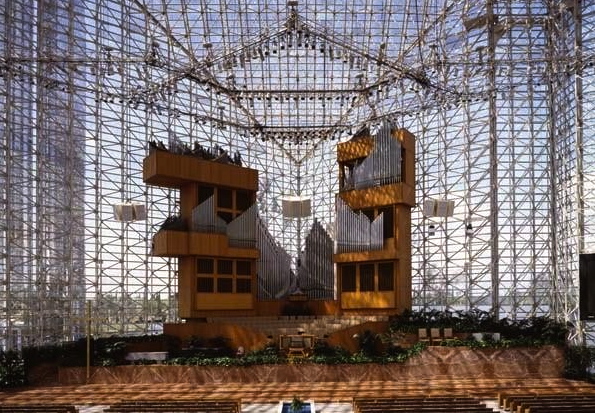 The bidding war is over, and the Diocese of Orange will soon have a new cathedral in one of the most famous worship spaces in America.

An Orange County bankruptcy judge ruled Thursday that the Crystal Cathedral, a monument to modernism in faith and architecture, will be sold for $57.5 million to the Roman Catholic Diocese of Orange, which plans to consecrate it as a Catholic cathedral.

The ruling was a blow to Chapman University, which had fought bitterly down to the final moments of the bankruptcy case for the right to buy the property as a satellite campus.

It also marked the end of a remarkable chapter in the history of American Christianity, one that was written in glass and steel by the Crystal Cathedral’s founder and guiding light, the Rev. Robert H. Schuller.

In a day filled with drama and deep emotion, Chapman had pressed its case with a newly escalated bid of $59 million, only to complain that it had been blindsided by the Crystal Cathedral board, which came down firmly on the side of the Catholic Church.

In the end, Schuller himself gave his blessing to what once would have seemed unthinkable: the conversion of his sleekly modern masterpiece in Garden Grove, a place where fresh breezes blow through open walls and church services feature talk-show-style interviews, into a Catholic cathedral redolent of incense and ancient ritual.

In a letter to the court, the 85-year-old minister said he could not abide the thought that Chapman might someday use the cathedral for nonreligious purposes. Catholic leaders assured him, he said, that they would “take on your calling of proclaiming Christ’s message to humanity” and “care for this campus like the treasure it is.”

November 17, 2011
Stunning: from conception to birth visualized
Next Post

November 18, 2011 Wearing your faith on your back: the Tim Tebow "Jesus" shirt
Recent Comments
57 Comments | Leave a Comment
Browse Our Archives
get the latest from
Catholic
Sign up for our newsletter
POPULAR AT PATHEOS Catholic
1 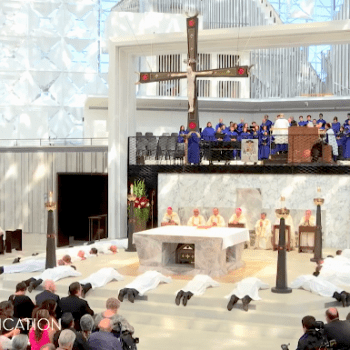 2021 March for Life is Going Virtual. Here's...
Due to COVID-19 and security concerns resulting from the Trump insurrection, the...
view all Catholic blogs
What Are Your Thoughts?leave a comment