In hard times, a surge in cremations 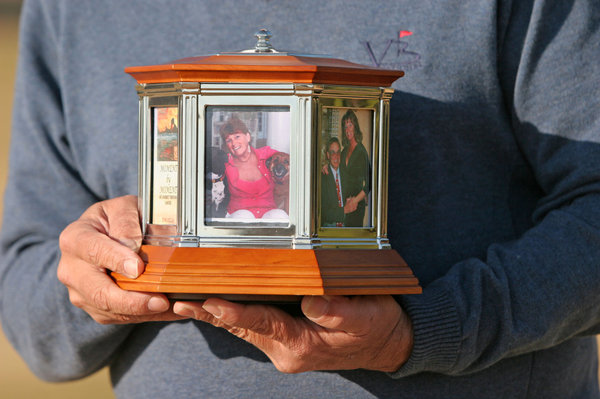 At the rate things are going, by the end of this decade a majority of Americans will choose cremation.

As Toni Kelly battled lymphoma, first with a bone marrow transplant and then with brutal rounds of chemotherapy, she worried obsessively that her four-year struggle would destroy her family’s finances.

Her husband, Doug, refused to consider her pleas to stop pursuing costly therapies. But she knew that after she died, which she did on Sept. 29, there was one way she could keep from adding to the $200,000 in medical debt she would leave behind. Like a growing proportion of Americans, she said she wanted her body to be cremated.

“We did everything we could to cut down other costs, and one of the things Toni said was, ‘Let’s find out how much it costs to be cremated,’ ” Mr. Kelly said. “If there was a way we could save even $500 or $1,000, it didn’t make a difference. Her major thing was not ruining the family.”

All but taboo in the United States 50 years ago, cremation is now chosen over burial in 41 percent of American deaths, up from 15 percent in 1985, according to the Cremation Association of North America. Economics is clearly one of the factors driving that change.

The percentage of bodies that are cremated has risen steadily for years, for reasons ranging from spiritual to environmental. But a recent study shows that the increase has accelerated during the downturn, and many funeral home directors say they believe the economy is leading people to look for less expensive options.

The disposition of Ms. Kelly’s remains cost about $1,600, and that total included a death notice, a death certificate and an urn bought online. It was a fraction of the $10,000 to $16,000 that is typically spent on a traditional funeral and burial.

Family and friends remembered Ms. Kelly, a 54-year-old artist, at a simple memorial service at the golf course in Virginia Beach where Mr. Kelly works as an assistant pro and where she liked to walk their dogs. It was the first cremation on her side of the family, Mr. Kelly said.

“Neither one of us felt that the body itself was really all that important,” said Mr. Kelly, who raised two sons with his wife during their 28-year marriage. “We had no interest in being put in the ground, no need for a memorial for the whole world to see. Her concern was the financial devastation she was bringing to the family.”

Many others share that concern, according to a national telephone survey of 858 adults conducted last year by the Funeral and Memorial Information Council. It found that one-third of those who chose cremation in 2010 said cost was a primary factor, up from 19 percent in 1990.

With the cremation rate rising one-third faster than at the middle of the last decade, the cremation association projects it will pass 50 percent by 2017 (still lagging behind Canada and much of Europe and Asia). Although state cremation rates vary widely, from 13 percent in Mississippi to 73 percent in Nevada, every state has experienced an increase since 2005.

A lot of people misunderstand the Catholic teaching on cremation, which is found in the catechism:

The Church permits cremation, provided that it does not demonstrate a denial of faith in the resurrection of the body.

It also requires that the ashes be buried in an appropriate place, not scattered.  You can find a good overview of the teaching at this link.

December 8, 2011
Circle of light: behind the Advent wreath
Next Post

December 9, 2011 The GOP's historic choice: a Catholic or a Mormon
Recent Comments
62 Comments | Leave a Comment
"I think I would have been happier had the CDF handled the nuns the way ..."
Theodore Seeber Vatican challenges “interpretation” of cardinal’s remarks ..."
"Blaming "Islamics" for this is like blaming the Pope for the Holocaust Denial of Hutton ..."
Theodore Seeber One killed, 44 injured in Catholic ..."
"It smacks to me of hyper-sensitivity, a veiled spiritual and intellectual pride, with regards to ..."
J D Pope Francis: “A Christian who complains, ..."
"Oh, no, we never change our mind, and we always agree, even on points of ..."
Ron Chandonia Vatican challenges “interpretation” of cardinal’s remarks ..."
Browse Our Archives
get the latest from
Catholic
Sign up for our newsletter
POPULAR AT PATHEOS Catholic
1

Seidensticker Folly #63: Answer Comfort But Never Armstrong?
Atheist and anti-theist Bob Seidensticker runs the influential Cross Examined blog. He asked me there, on 8-11-18: “I’ve...
view all Catholic blogs
What Are Your Thoughts?leave a comment

62 responses to “In hard times, a surge in cremations”