What happens when Santa gives $100 to needy strangers?

For some, it’s a gift of hope and an answered prayer.  From the Reading Eagle in Pennsylvania:

Sitting in Reading’s Inter-City Bus Terminal on Tuesday night, Thomas Coates Jr. was out of work and out of hope.

Then, out of the blue, a stranger sat next to him and restored his faith in human kindness.

Identifying himself only as Secret Santa, the stranger handed Coates two crisp $100 bills and wished him a Merry Christmas.

Coates, 36, who lives in Pottstown with his girlfriend and son, wept.

“I was brought up to believe that you take care of your family, but I can’t find a job,” said Coates, burying his face in his hands. “This man said to me, ‘You’re a good man,’ and it felt good to hear that.”

The bus terminal was only one stop on a whirlwind tour of downtown Reading and beyond, where Secret Santa handed $100 bills to people he felt needed a helping hand at Christmastime.

He had read of Reading being designated America’s poorest city with a population of 65,000 or more.

“Cities like Reading are experiencing tough economic times,” Secret Santa said. “It’s time for us to step up, not step back.”

In the video below, follow the Secret Santa  as he makes his rounds.

December 6, 2011 A prayer to St. Nicholas -- UPDATED
Recent Comments
3 Comments | Leave a Comment
Browse Our Archives
get the latest from
Catholic
Sign up for our newsletter
POPULAR AT PATHEOS Catholic
1 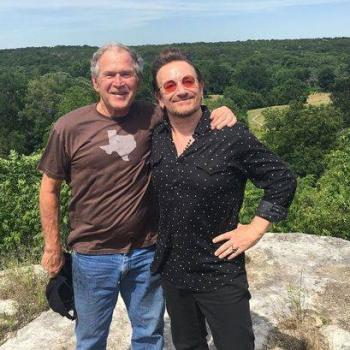 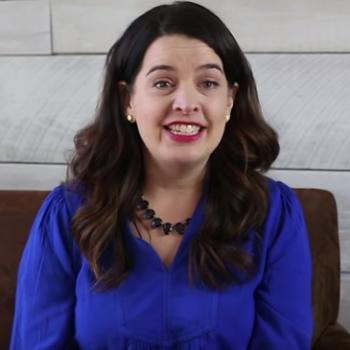 The True Effect of COVID and the Pro-Life...
Words cannot express how much I dislike writing about abortion. As a...
view all Catholic blogs
What Are Your Thoughts?leave a comment

3 responses to “What happens when Santa gives $100 to needy strangers?”