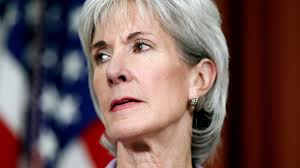 In her first appearance before lawmakers since her department inflamed the Catholic Church with a new rule mandating the provision of female contraception, Health and Human Services Secretary Kathleen Sebelius defended the rule as legally sound.

“We certainly had our legal department look at a whole host of legal issues,” Sebelius testified before the Senate Finance Committee on Wednesday.

The U.S. Conference of Catholic Bishops has said the administration’s “accommodation,” which was announced last Friday and mandates that insurance companies pick up the tab for the contraception, does not go far enough. That’s because Catholic-affiliated charities, hospitals and schools would still have to offer the contraception to female employees as part of their health care plans.

Under pointed questioning from Sen. Orrin Hatch, R-UT, Sebelius suggested that the administration and the church — which opposes the use of birth control as a matter of doctrine — can still make headway together. “We can work out a strategy where (Catholics) can abide by their religious freedom and the women employed in those institutions will have contraception,” Sebelius said, alluding to the year-long extension the administration has granted to all employers, including the Catholic-affiliated organizations, before they must enter into compliance with the rule.

However, the secretary indicated — as have other top aides to President Obama in recent days — that the policy will not be amended further. “That that rule will be in place and effective by August of 2013,” Sebelius said.

Lawmakers split along party lines in their reactions to the rule. “I think it adequately protects religious liberty and at the same time protects the right of women to obtain contraceptive services when they choose to,” said Sen. Jeff Bingaman, D-NM. Sen. Charles Grassley, R-IA, told the secretary: “I think you got it very wrong the first try, and you have a lot more work to do.”

Capitol Hill now has at least five measures pending which aim to repeal the HHS mandate. The oldest of them, introduced nearly a year ago, was sponsored by Rep. Jeff Fortenberry, R-NE, and boasts 190 co-sponsors, including nearly a dozen Democrats. At a news conference here Wednesday afternoon, Fortenberry accused the president and Secretary Sebelius of “using the strong arm of government to force all Americans to pay for drugs and procedures that may violate their ethics and their conscience rights.”

February 15, 2012 Poll: Catholic voters tilting toward Romney
Recent Comments
0 | Leave a Comment
"I think I would have been happier had the CDF handled the nuns the way ..."
Theodore Seeber Vatican challenges “interpretation” of cardinal’s remarks ..."
"Blaming "Islamics" for this is like blaming the Pope for the Holocaust Denial of Hutton ..."
Theodore Seeber One killed, 44 injured in Catholic ..."
"It smacks to me of hyper-sensitivity, a veiled spiritual and intellectual pride, with regards to ..."
J D Pope Francis: “A Christian who complains, ..."
"Oh, no, we never change our mind, and we always agree, even on points of ..."
Ron Chandonia Vatican challenges “interpretation” of cardinal’s remarks ..."
Browse Our Archives
Related posts from The Deacon's Bench