Sebelius defends HHS ruling: “Virtually all American women use contraception at some point…” 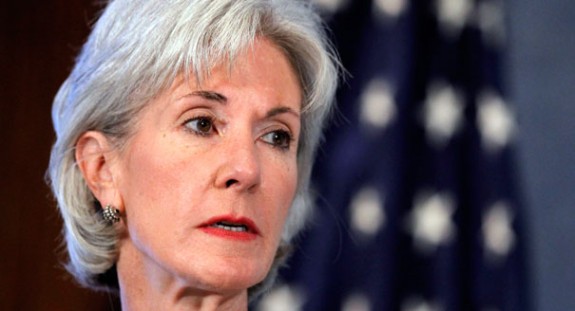 Details, from a column in USA TODAY:

Today, virtually all American women use contraception at some point in their lives. And we have a large body of medical evidence showing it has significant benefits for their health, as well as the health of their children. But birth control can also be quite expensive, costing an average of $600 a year, which puts it out of reach for many women whose health plans don’t cover it.

The public health case for making sure insurance covers contraception is clear. But we also recognize that many religious organizations have deeply held beliefs opposing the use of birth control.

That’s why in the rule we put forward, we specifically carved out from the policy religious organizations that primarily employ people of their own faith. This exemption includes churches and other houses of worship, and could also include other church-affiliated organizations.

In choosing this exemption, we looked first at state laws already in place across the country. Of the 28 states that currently require contraception to be covered by insurance, eight have no religious exemption at all.

The religious exemption in the administration’s rule is the same as the exemption in Oregon, New York and California.

It’s important to note that our rule has no effect on the longstanding conscience clause protections for providers, which allow a Catholic doctor, for example, to refuse to write a prescription for contraception. Nor does it affect an individual woman’s freedom to decide not to use birth control. And the president and this administration continue to support existing conscience protections.

February 6, 2012 Has the White House misread the Catholic barometer?
Recent Comments
0 | Leave a Comment
"I think I would have been happier had the CDF handled the nuns the way ..."
Theodore Seeber Vatican challenges “interpretation” of cardinal’s remarks ..."
"Blaming "Islamics" for this is like blaming the Pope for the Holocaust Denial of Hutton ..."
Theodore Seeber One killed, 44 injured in Catholic ..."
"It smacks to me of hyper-sensitivity, a veiled spiritual and intellectual pride, with regards to ..."
J D Pope Francis: “A Christian who complains, ..."
"Oh, no, we never change our mind, and we always agree, even on points of ..."
Ron Chandonia Vatican challenges “interpretation” of cardinal’s remarks ..."
Browse Our Archives
Related posts from The Deacon's Bench