Single, 18-year-old female, likes having control over her own body, looking for affordable birth control. 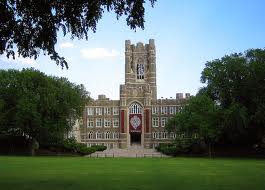 That’s Keely Monroe’s summary of her life at Fordham University, a Jesuit college in New York. “Finding contraception at Fordham was about as easy as finding a good man from a want ad,” Monroe said of her alma mater at a press conference held Thursday in Washington by Catholic Students for Women’s Health.

The students spoke in favor of available birth control on campuses in light of a new federal rule requiring most employers to cover contraceptives as part of their health insurance benefits. The mandate excludes churches and other houses of worship, but includes faith-based employers such as Catholic universities, which under the rule must also include reproductive services in their student health coverage.

Catholic Church leaders have denounced the rule as an affront to religious freedom. The policy was also criticized by Republican lawmakers, including House Speaker John Boehner (R-Ohio), who in a floor speech Wednesday called it “an unambiguous attack on religious freedom in our country.” Democratic Senate candidate and former Virginia governor Tim Kaine has also broken with the Obama administration to call for broader exemptions.

But a number of students attending Catholic universities have supported the new measure, an indication of the larger fractures in Catholics’ attitude toward reproductive services. Surveys show that 98 percent of sexually active Catholic women have used contraception and that more than half of American Catholics say religiously affiliated colleges should be required to include birth control in health coverage.

The president of the Association of Catholic Colleges and Universities, Michael Galligan-Stierle, told The New York Times in January that students attending religiously affiliated colleges should have known what to expect. “No one would go to a Jewish barbecue and expect pork chops to be served,” he said.

To which Georgetown Law student Sandra Fluke said Thursday morning, “When we hear conservative Catholic organizations ask what we expected when we enrolled at a Catholic school, we can only answer that we expected women to be treated equally, to have their medical needs met. When students found out that the [Obama] administration was going to help us in this way, there was an environment of jubilation, just celebration. … People who haven’t gone to these schools don’t realize it, but on the campuses, people are talking about it, they’re excited about it, and they vote.”