You may remember his story from last week.  Now, as Paul Harvey would say, the rest of the story:

A few months ago Patrick Greene was an atheist who was threatening to sue Henderson County, Texas, if the county didn’t remove a Nativity scene from its courthouse lawn. Today he is a believer in Christ who underwent a radical change of heart that was catalyzed by the compassion of one Christian woman. 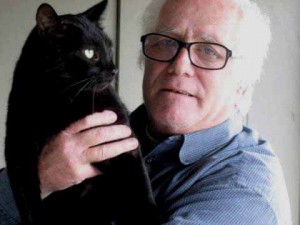 In late 2011, Greene joined the fight against a Nativity scene that had been set up outside the courthouse in the town of Athens, Texas, threatening to file a lawsuit over it. Shortly after he made his threat, however, he discovered that his ability to see was rapidly deteriorating and he would soon be blind, so he withdrew his threats and left the Nativity alone.

That’s when Jessica Crye, a Christian woman from Athens, asked her pastor, Erick Graham of Sand Springs Baptist Church, if they could help Greene. As a result of her kindness, thousands of dollars in donations have gone toward helping Greene, who has reconsidered his view of God as a result.

“There’s been one lingering thought in the back of my head my entire life, and it’s one thought that I’ve never been able to reconcile, and that is the vast difference between all the animals and us,” Greene told The Christian Post on Tuesday, as he began to explain his recent transformation from atheist to Christian. The theory of evolution didn’t answer his questions, he says, so he just set those questions aside and didn’t think about them anymore.

But when the Christians in a town that had reason to be angry with him showed him a gesture of love, he began reconsidering his beliefs altogether. He eventually began to realize that evolution would never have the answer to his questions, he says, and it was at that time he began to believe in God.

“I kind of realized that the questions I [was] asking you just had to accept on faith without doubting every period and every comma,” he said. He later began studying the Bible, both the Old Testament and the Gospels, and also discovered his belief that Jesus is the Son of God.

April 6, 2012 Ted Neeley's "Gethsemane"
Recent Comments
0 | Leave a Comment
Browse Our Archives
get the latest from
Catholic
Sign up for our newsletter
POPULAR AT PATHEOS Catholic
1 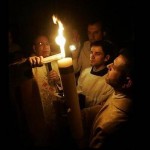 Something About Simone Biles
I don't know much of anything about the Olympics. I don't know...
view all Catholic blogs
What Are Your Thoughts?leave a comment