Is student debt contributing to the vocation crisis? — UPDATED 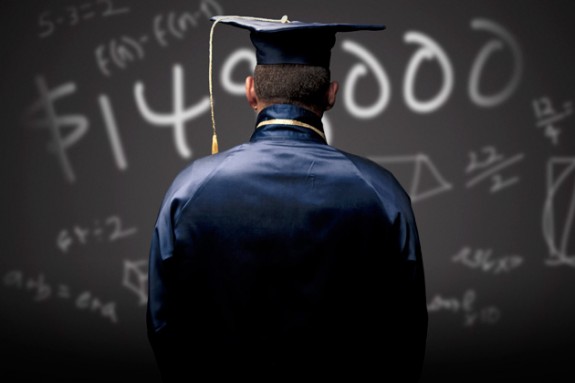 With accumulated educational debt increasing by five percent yearly in the United States, the research was designed with two main goals:

1) to learn more about the impact of student loans on the men and women who are coming to religious life today.

2) to learn about the policy and practices of the religious institutes regarding educational debt and to learn from their experiences.

The study has found that our national educational debt problem is definitely impeding young women and men from pursuing life as a religious priest, sister, or brother. When one out of three people applying to religious life has student loans of almost $21,000, this inevitably becomes a financial strain on some religious institutes. Some communities have no alternative but to ask potential candidates to delay their applications, or even worse, turn them away altogether.

This issue highlights one aspect of the complexity of the religious vocation question in this country.

The report offers some detail:

The majority of communities (two in three) show a willingness to work with candidates with educational debt—and some 42 percent of responding institutes assume educational debt for a least some of those who apply to enter their communities.

But, the study indicates, the practice of assuming debt places a heavy and growing financial burden on religious communities. Those applying to enter religious life during the past 10 years carried $3 million in educational debt, and if national trends continue, that overall student debt load will likely rise by 5 percent annually.

Men and women whose educational debt is delaying their entrance into a religious community often develop creative strategies for paying off their loans, such as online candy sales, marathon runs, or bingo fundraisers.

Read the full report at this link.

UPDATE: MSNBC offers a personal glimpse at one woman who delayed her vocation because of debt:

Nicole Ferko’s $60,000 in student loans made her put off her dream of becoming a nun for a decade.

Ferko, who lives in Grand Prairie, Texas, graduated from a private Ohio Catholic university in 2002 and walked away with a huge loan burden. 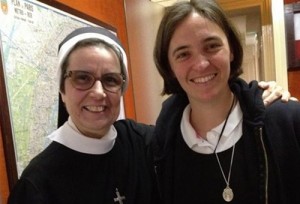 “I knew I wanted to give my life to God, but I expected after college I’d go right in and work toward becoming a sister,” she said. But she discovered that individuals looking to become priests or nuns need to be debt free.

It took her until late last year to pay off her loans because she was unable to find many good-paying jobs and ended up racking up $20,000 in credit card debt. With the loans and credit cards paid off, Ferko, 32, is now on track to become a sister with The Sisters of the Holy Family of Nazareth, but she won’t reach her ultimate goal of donning a nun’s habit until she’s 39 because the process takes that long.

May 2, 2012
"Loose canon": Vatican may tighten rules on annulments
Next Post

May 2, 2012 Kilimanjaro-climbing Iowa priest nominated to medical board
Recent Comments
0 | Leave a Comment
"I think I would have been happier had the CDF handled the nuns the way ..."
Theodore Seeber Vatican challenges “interpretation” of cardinal’s remarks ..."
"Blaming "Islamics" for this is like blaming the Pope for the Holocaust Denial of Hutton ..."
Theodore Seeber One killed, 44 injured in Catholic ..."
"It smacks to me of hyper-sensitivity, a veiled spiritual and intellectual pride, with regards to ..."
J D Pope Francis: “A Christian who complains, ..."
"Oh, no, we never change our mind, and we always agree, even on points of ..."
Ron Chandonia Vatican challenges “interpretation” of cardinal’s remarks ..."
Browse Our Archives
Follow Us!

No time like the present for 'Stranger Things'
WARNING: Spoilers Stranger Things starts with a top-secret government lab at which...
view all Catholic blogs
What Are Your Thoughts?leave a comment