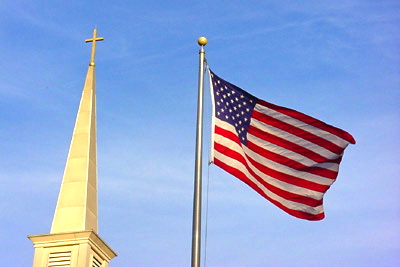 A U.S. district court judge in Delaware ruled last week that members of a local city council who had been reciting the Lord’s Prayer at every meeting for six years must stop the “Christian” practice because it violates the Constitution.

The decision by Judge Leonard P. Stark comes in response to a lawsuit filed last year by four Sussex County residents who claimed that the prayer violates the First Amendment. The city council had argued that the Lord’s Prayer, though widely used by Catholics and Protestants, was not exclusive to Christianity as it does not make a specific reference to Jesus.

Judge Stark explained in his opinion that “the court is likely to conclude that the Council’s practice of opening each meeting with a recitation of this distinctly Christian Lord’s Prayer violates the Establishment Clause because it constitutes government endorsement of the Christian faith.”

“The fact that The Lord’s Prayer has been the only prayer recited at the beginning of Council meetings for over six years is likely to be found to demonstrate that the Council gives Christianity an unconstitutionally preferred status,” he added.

The county’s attorney, J. Scott Shannon, argued earlier this year that the prayer, introduced by Jesus in the Bible, was being misunderstood by the plaintiffs.

“[Jesus] was not offering a Christian prayer in the Christian tradition because no Christian tradition existed,” Shannon said. He also positioned that there was no specific mention of Jesus Christ in the prayer, and it contained language that was fitting to other faiths as well.

But the attorney for Americans United for Separation of Church and State, Alex Luchenitser, insisted that the very opening lines of the prayer — “Our Father Who Art in Heaven Hallowed Be thy Name” — does indeed refer specifically to Christ.

“That’s a Christian way of referring to Jesus. This is not something reasonable people disagree over,” said Luchenitser, who spoke on behalf of plaintiffs Barbara Mullin, Julie Jackson, John Steinbruck and William O’Connor.

The quote about the opening lines of the prayer is, of course, poppycock. An educated atheist should know better.

May 23, 2012 "My Dearest Maureen": Bill Donohue's open letter to Maureen Dowd
Recent Comments
0 | Leave a Comment
"I think I would have been happier had the CDF handled the nuns the way ..."
Theodore Seeber Vatican challenges “interpretation” of cardinal’s remarks ..."
"Blaming "Islamics" for this is like blaming the Pope for the Holocaust Denial of Hutton ..."
Theodore Seeber One killed, 44 injured in Catholic ..."
"It smacks to me of hyper-sensitivity, a veiled spiritual and intellectual pride, with regards to ..."
J D Pope Francis: “A Christian who complains, ..."
"Oh, no, we never change our mind, and we always agree, even on points of ..."
Ron Chandonia Vatican challenges “interpretation” of cardinal’s remarks ..."
Browse Our Archives
get the latest from
Catholic
Sign up for our newsletter
POPULAR AT PATHEOS Catholic
1

Whose June Is It?
Mudblood Catholic
Books by This Author Books by Deacon Greg Kandra

To Reach for the Font
I wish I had a brave person to show you, but...
view all Catholic blogs
What Are Your Thoughts?leave a comment