“There is only one diaconate”

This great reminder comes from the Archbishop of Dublin, as he prepares to ordain his first batch of permanent deacons.  He made his remarks to seminarians.

The Catholic Archbishop of Dublin Diarmuid Martin warned in Maynooth yesterday against “a narrow preoccupation” with day- to-day seminary life. That was often “an unhealthy sign”, tending “inevitably to be inward-looking, self-serving and individualistic, rather than focusing on the self-giving love of Jesus Christ”, he said. 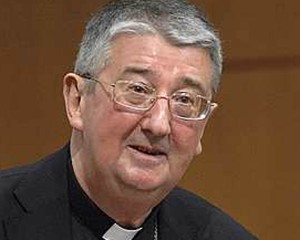 He made his remarks at St Patrick’s College in Maynooth as five men studying for the priesthood were ordained deacons.

Last January, it emerged, following the apostolic visitation to seminaries at Maynooth and the Irish College in Rome by Cardinal Timothy Dolan, archbishop of New York, that doors were installed at Maynooth, separating seminarians’ living quarters from the rest of the campus.

A new entrance to the seminary was also constructed, with proposals to create a separate dining room for seminarians discussed.

Earlier this month, it emerged that three of the four priests on staff at the Irish College in Rome who dealt with the formation of seminarians are to return to their dioceses in Ireland.

“Seminary life is never an end in itself,” Dr Martin said yesterday. It “should be forward-looking” and involve “a total commitment of each seminarian to prepare himself for the call to ministry and service, not just as an individual, but within the communion of the church.”

The seminarian, he said, “must integrate his life of prayer and study, spiritual formation and personal development into an understanding of a life of service modelled on Jesus, the one who came to serve”.

The archbishop said that next Sunday he would ordain “the first group of permanent deacons to be ordained in Ireland since the reinstitution of the permanent diaconate by the Vatican Council”.

Eight men will be ordained permanent deacons then. He noted “the rite of ordination to the permanent diaconate and to the diaconate as a path towards priestly ordination is identical, with the exception of the commitment to celibacy on the part of those – permanent or transitional – who are not married”.

Speaking to the men ordained yesterday, he said: “There is only one diaconate and your calling as deacons today is not simply . . . an obligatory passing step on your road to priesthood”. The order was “a call to be configured in a special way to Jesus who serves and to represent that Jesus who serves in the life of the church”. 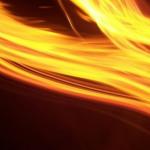 May 28, 2012
My Pentecost: tongues of flame, and the heat of a minor crucible
Next Post

May 28, 2012 My Pentecost: tongues of flame, and the heat of a minor crucible
Recent Comments
0 | Leave a Comment
"I think I would have been happier had the CDF handled the nuns the way ..."
Theodore Seeber Vatican challenges “interpretation” of cardinal’s remarks ..."
"Blaming "Islamics" for this is like blaming the Pope for the Holocaust Denial of Hutton ..."
Theodore Seeber One killed, 44 injured in Catholic ..."
"It smacks to me of hyper-sensitivity, a veiled spiritual and intellectual pride, with regards to ..."
J D Pope Francis: “A Christian who complains, ..."
"Oh, no, we never change our mind, and we always agree, even on points of ..."
Ron Chandonia Vatican challenges “interpretation” of cardinal’s remarks ..."
Browse Our Archives
Related posts from The Deacon's Bench