The word “investigation” is often used to describe the work that I carried out on behalf of the CDF. “Investigation” suggests an attempt to uncover things that might not be known. In reality, what the CDF commissioned was a doctrinal “assessment,” an appraisal of materials which are readily available to anyone who cares to read them on the LCWR website and in other LCWR published resources. The assessment was carried out in dialogue with the LCWR leadership, both in writing and face-to-face, over several months. 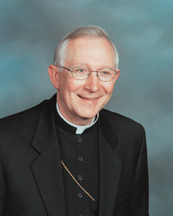 The fundamental question posed to the LCWR leadership as part of the assessment was simply this: What are the Church’s pastors to make of the fact that the LCWR constantly provides a one-sided platform—without challenge or any opposing view—to speakers who take a negative and critical position vis-a-vis Church doctrine and discipline and the Church’s teaching office?

Let me cite just a few of the causes for concern.

In her LCWR keynote address in 1997, Sr. Sandra Schneiders, IHM proposed that the decisive issue for women religious is the issue of faith: “It can no longer be taken for granted that the members [of a given congregation] share the same faith.”

Ten years later, in an LCWR keynote speech, Sr. Laurie Brink, O.P. spoke of “four different general ‘directions’ in which religious congregations seem to be moving.” She said that “not one of the four is better or worse than the others.” One of the directions described is “sojourning,” which she says “involves moving beyond the Church, even beyond Jesus. A sojourning congregation is no longer ecclesiastical. It has grown beyond the bounds of institutional religion.” This kind of congregation “in most respects is Post-Christian.” She concludes by characterizing as “a choice of integrity, insight and courage” the decision to “step outside the Church” already made by one group of women religious.

Fr. Michael H. Crosby, OFMCap, a keynote speaker at the joint LCWR-CMSM assembly in 2004, lamented the fact that “we still have to worship a God that the Vatican says ‘wills that women not be ordained.’ That god is literally ‘unbelievable.’ It is a false god; it cannot be worshiped. And the prophet must speak truth to that power and be willing to accept the consequence of calling for justice, stopping the violence and bringing about the reign of God.”

The LCWR’s Systems Thinking Handbook describes a hypothetical case in which sisters differ over whether the Eucharist should be at the center of a special community celebration. The problem is that some of the sisters object to “priest-led liturgies.” The scenario, it seems, is not simply fictitious, for some LCWR speakers also mention the difficulty of finding ways to worship together as a faith community. According to the Systems Thinking Handbook this difficulty is rooted in differences at the level of belief, but also different mental models—the “Western mind” and the “Organic mental model.” These, rather than Church doctrine, are offered as tools for the resolution of the case.

There’s much more.  Read on.

June 11, 2012 Retiring bishop: "Wider reform is needed" in the Church
Browse Our Archives
Related posts from The Deacon's Bench